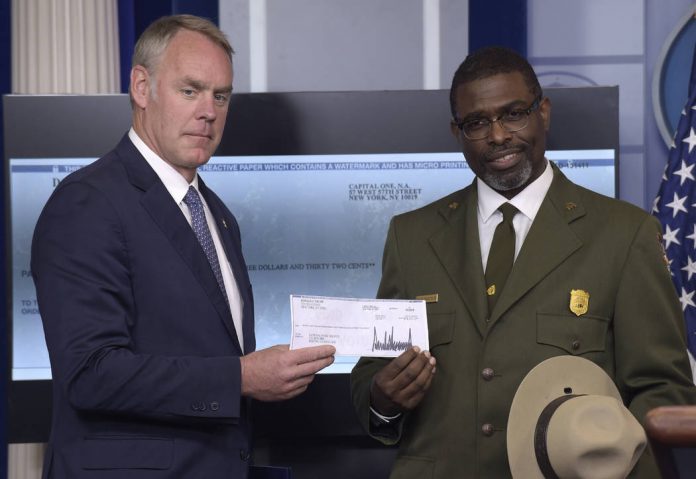 The Interior Department announced that it will be using the $78,333 given to them by President Trump to revitalize an important Civil War landmark, according to the Washington Times.

Earlier this year, Trump promised to donate his salary to various projects and organizations.

He previously presented a check to Interior Secretary Ryan Zinke in April, directing that the funds be used by the National Park Service.

Zinke said he would be using the funds to renovate Maryland’s Antietam National Battlefield, a few miles outside Harper’s Ferry, W.V.

Antietam, known in the South as the Battle of Sharpsburg, took place in September 1862 and was the bloodiest single day in the entire war, with over 5,000 killed. Read more at FOX News.