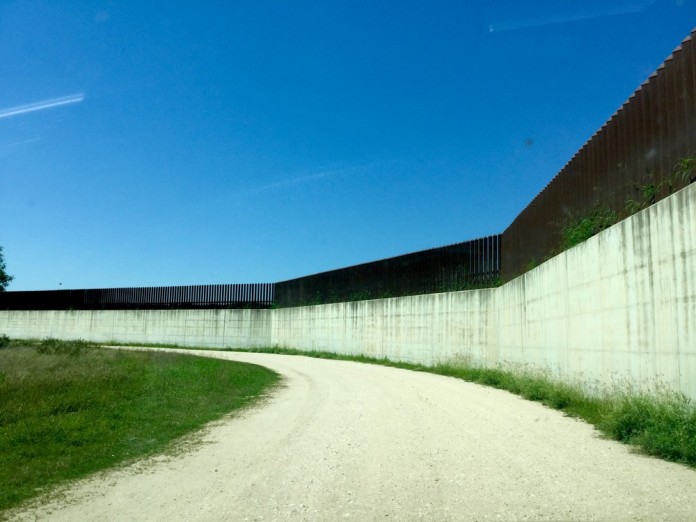 The Mexican border wall that Donald Trump promised in the campaign doesn’t really have to be a wall, says Rep. Dennis Ross, a member of the president-elect’s transition team.

“The ‘wall’ is a term to help understand it, to describe it,” says Ross, R-Florida. It “really means ‘security.’ It could be a fence. It could be open surveillance to prevent people from crossing. It does not mean an actual wall.”

Even the president-elect’s closest allies in Congress are working to redefine Trump’s top campaign promise, which many view as too costly and impractical for securing the 1,933-mile border with Mexico. Most illegal immigration can be halted with fencing, more Border Patrol agents and drones, they contend. House Speaker Paul Ryan on Sunday suggested using approaches that simply make the most sense.

“Conditions on the ground determine what you need in a particular area,” Ryan, R-Wisconsin, said in an interview on CBS’s “60 Minutes.”

Trump himself briefly backed away from the idea of a fortified wall days after the election by telling CBS he’d accept fencing in some areas — but revived his promise last week to a roaring crowd in Cincinnati.

“We will construct a great wall at the border, dismantle the criminal cartel and liberate our communities from the epidemic of gang violence and drugs pouring into our nation,” Trump said.

The president-elect faces perhaps more political pressure to produce results on this issue than on any other. An Oct. 25-Nov. 8 Pew Research Center poll found that 79 percent of registered voters backing him saw illegal immigration as a “very big problem.” Smaller percentages named other issues such as terrorism or jobs for working-class Americans.

A Pew poll in August found that 79 percent of Trump voters want a wall along the entire border with Mexico, compared with just 38 percent of all registered voters.

Republicans in Congress say their plan for border security is more flexible.

“I think a wall is anything that will stop people from coming into the country illegally,” said Rep. Lou Barletta, R-Pennsylvania, who has made curbing illegal immigration a signature issue. “It could be a variety of what can be used to be successful.”

Democrats say a flexible approach will be key to passing a plan in the Senate next year, where 60 votes are needed to clear legislation but Republicans will control at most 52 seats.

“If you’re just talking about a wall, you’re wasting your time,” said Sen. Jon Tester, D-Montana, who is on the Homeland Security Committee. “It’s got to be a combination of a number of things we’re already doing — technology, manpower and physical construction. I think we’re doing that now but we can be doing more.”

Democrats also insist on protecting 750,000 young undocumented immigrants who are temporarily shielded from deportation under a 2012 executive order by President Barack Obama. Republican Sens. Lindsey Graham of South Carolina and Jeff Flake of Arizona also back that idea.

Congress’s last significant action on immigration was in 2013, when the Senate — then controlled by Democrats — voted to create a path to legal status for 11 million undocumented immigrants in the U.S. and spend $46 billion to secure the Mexican border. The Republican-dominated House didn’t take up the bill, as most in the GOP opposed legal status.

House Majority Leader Kevin McCarthy, R-California, said last week that a “good place to start” in talks with Trump would be a border-security proposal by House Homeland Security Chairman Mike McCaul, R-Texas. It would require DHS to achieve operational control of the Southwest border in five years while providing a sector-by-sector border analysis and some flexibility to reach the goal.

Perhaps the closest thing to a fortified wall was built under President Bill Clinton, when the U.S. installed a 10-foot-high welded-steel fence along 14 miles of border near San Diego.

Sen. John Hoeven, R-North Dakota, who chairs the Appropriations panel that funds homeland security, said a San Diego-style wall could be a “model” for fortified barriers in highly populated areas, but that other approaches should be used elsewhere.

Rep. Steve King of Iowa may be one of the only Republicans on Capitol Hill who favors creating a physical wall along the entire border. King, the House’s toughest advocate for border security, insists it is feasible to build a 12-foot-high concrete wall that is 6 inches thick and goes 5 feet underground to deter tunneling.

Like most other lawmakers, though, he thinks Trump’s promise to make Mexico pay for a wall is unlikely to happen, at least not initially.

“The U.S. taxpayers pay for this,” King said. “If Trump can figure out how to get it out of Mexico, I’m all for it. But we should get the resources and get a good design, and move quickly.”