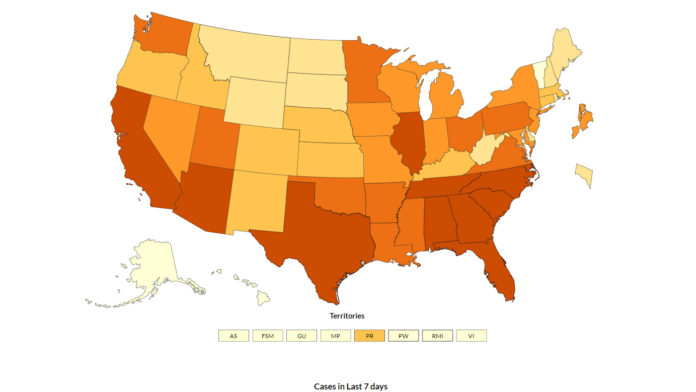 The number of confirmed coronavirus cases in the United States rose by over 50,000 on Tuesday to push past 3 million, according to a Reuters tally.

The United States has the highest known numbers of both COVID-19 cases and deaths in the world. More than 131,000 Americans have died from the disease, a toll that experts warn will likely surge following recent record spikes in case numbers in many states.

While some of the increase can be attributed to more testing — new tests increased from a daily average of 461,000 in early June to 642,000 in early July — positive cases are rising at unprecedented rates in many states, the news agency noted. Current hospitalizations began to surge in late June after slowing in the weeks prior; there were more than 38,600 COVID-19 patients hospitalized in the past seven days compared to an average just over 32,000 in early June, according to the Reuters tally.