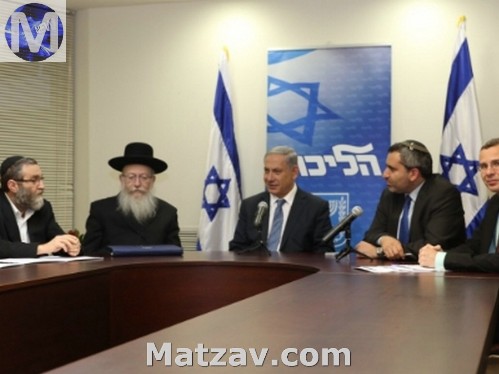 A United Torah Judaism activist is refuting unsubstantiated reports that the Gimmel party would join a unity government that includes Blue and White MK Yair Lapid, a noted chareidi hater.

The rep quoted MK Yaakov Litzman, who said immediately following the election that “We demonstrated loyalty to the great rabbis, sanctified God’s name, and we will not compromise on our values,” adding that this stance has not changed, referring to joining Lapid in a coalition.

“We aren’t against a unity government, but it cannot included Lapid,” Litzman had averred. “Unfortunately, this election was filled with incitement and smears against chareidim and religious people.”

UTJ retained its eight seats in this election.

“Can things change? Strange things have happened in the world of Israeli politics,” the UTJ activist said. “But as of now, there is no change in the status quo. Lapid had been a thorn in our side. As we speak, he won’t sit with us and we can’t sit with him. Drastic changes would be needed before that could ever happen.”