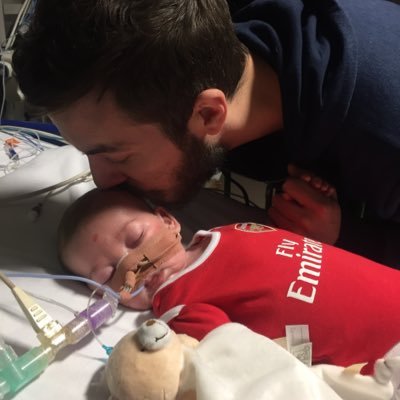 A Vatican-owned pediatric hospital in Rome offered to take 11-month-old Charlie Gard into its care on Tuesday.

Mariella Enoc, president of the Vatican’s Bambino Gesu Children’s Hospital, released a statement asking the director of the London hospital, where Charlie is staying, “to verify whether the health conditions exist to possibly transfer Charlie to our hospital.”

Enoc said the London hospital was very kind and thanked her for her interest, but confirmed that for legal reasons, transferring Charlie to their care would be impossible.

The offer comes after an extensive legal battle over the fate of Charlie, a terminally ill infant who has a rare genetic disease called mitochondrial DNA depletion syndrome. It leads to weakened muscles and organ dysfunction, among other symptoms, with a poor prognosis for most patients.

The ruling to end Charlie’s life support, against the parents’ wishes, brought reactions from around the world. Read more at CNN.