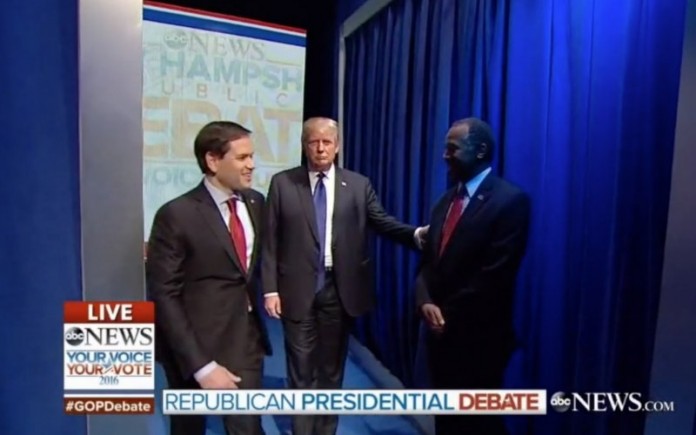 Last night’s Republican primary debate in New Hampshire opened with what can only be described as sheer, utter chaos.

Upon his introduction to enter the stage, Ben Carson ambled out and failed to walk to his podium, instead stopping in the walkway. Just as Carson started walking to his place, moderators David Muir and Martha Raddatz—unaware of the delay—continued to name Ted Cruz, causing the retired neurosurgeon to stop in his tracks and let the Texan senator bypass him. He remained in the hallway even longer, even after a stage manager tried to wave him away; and when Donald Trump was introduced, he, too, stopped in the walkway with his sleepy colleague.

Marco Rubio and Jeb Bush both walked past the pair as they stood, cluelessly awaiting their re-introductions.

Watch the scene play out below: