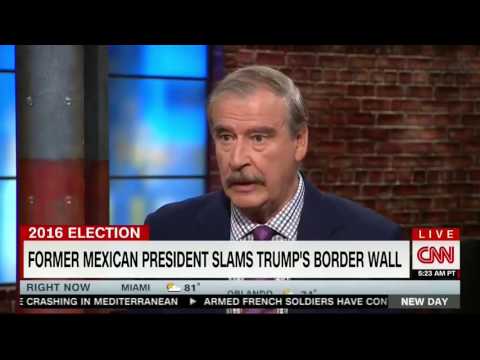 Fox, infamously called out Trump and his wall, told Chris Cuomo that he will only meet with Trump if he first apologizes to the Mexican people and also to U.S. workers for “not telling them the truth.”

Fox then brought up how Trump “controls media here” and mentioned how “Fox News is 24 hours giving him the push.” “Fox News,” he said, “is trying to make a president.”