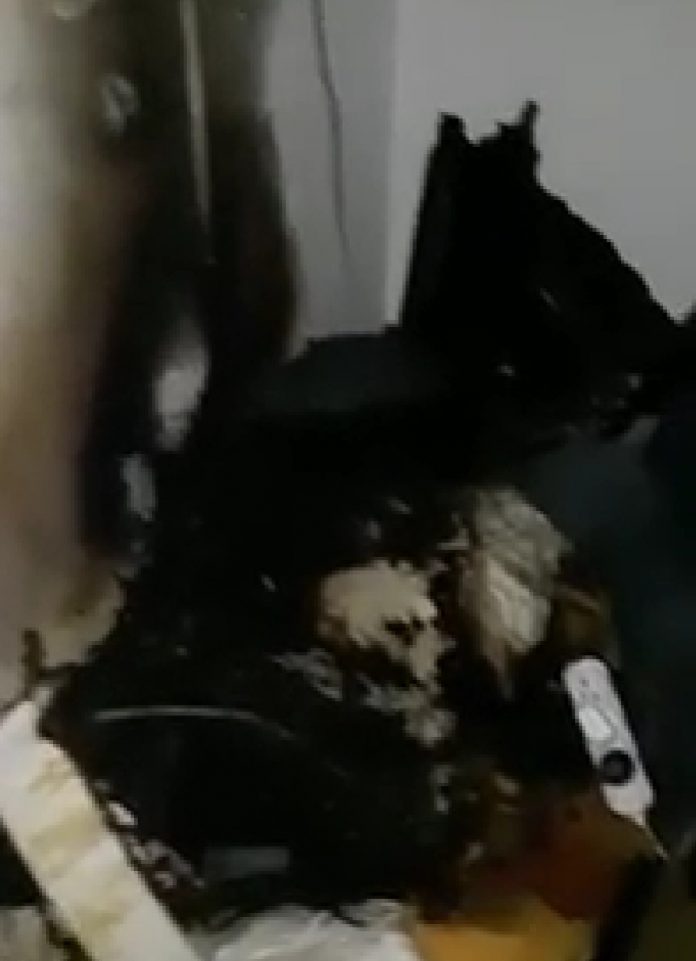 >>Follow Matzav On Whatsapp!<<
A fire broke out at the dormitory building of the Central Yeshiva Tomchei Tmimim Lubavitch in the central Israeli village of Kfar Chabad on Sunday evening.
Firefighters and volunteer residents rushed to the scene and were able to put out the flames that were seen flaring out of the window.
Yeshiva bochurim who were getting ready to sleep were hurried out of the building. No people where hurt in the blaze.
One of the students said the fire broke out because of an electric heater that fell on a bed in one of the rooms, causing a rapid conflagration.