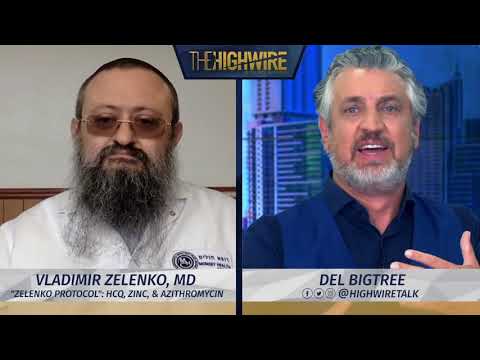 As the Covid-19 treatment Hydroxychloroquine continues to be portrayed by MSM as an unsuccessful, dangerous drug, Vladimir Zelenko, MD has been saving his patients’ lives with his “Zelenko Protocol” since March. In his first interview since his HCQ study was officially released, Del goes in depth with Zelenko about how he developed his protocol, the attack against the drug, and how his letter to the President might have changed history.