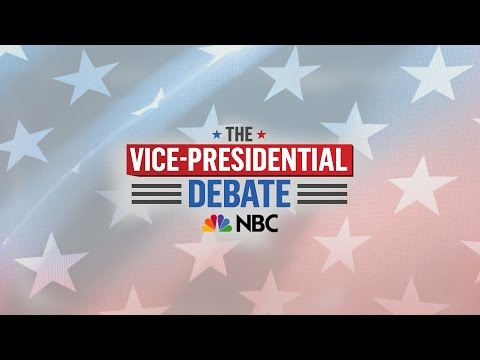 The debate WAS divided into nine timed segments of about 10 minutes each. Quijano asked an opening question and then Kaine and Pence will have two minutes to respond.

The debate between Kaine, a senator from Virginia, and Pence, the governor of Indiana, came a little more than a week after Clinton and Trump faced off in their first debate. The two nominees will debate each other again in a town hall-style event on Sunday night.