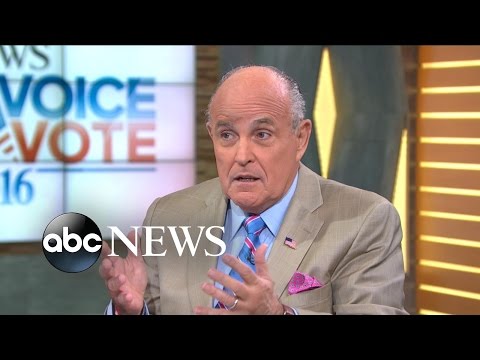 In the interview with George Stephanopoulos, Guiliani said, “You know how speeches go. He was talking about how they [gun rights advocates] have the power to keep her out of office. That’s what he was talking about. With a crowd like that, if that’s what they thought he’d meant, they’d have gone wild.” Read more at ABC NEWS.