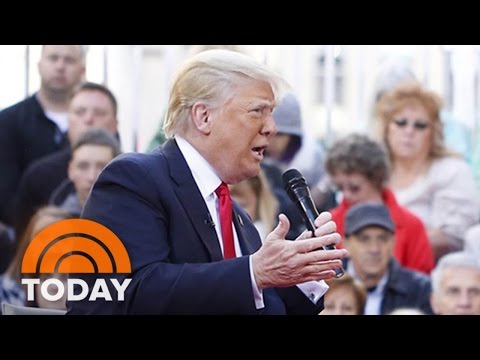 Donald Trump agrees with Ben Carson: Don’t remove Andrew Jackson from the face of the $20 bill—and put Harriet Tubman on the $2 bill instead.

In A live town hall event on the TODAY plaza, the Republican front-runner said that “Harriet Tubman is fantastic” but that Andrew Jackson should be left on the $20 bill; decrying the move as “political correctness.” He called for another denomination of bill for Tubman to be put on.

Asked whether he’s a fan of Tubman’s, however, the GOP frontrunner said she’s “fantastic,” but that “I would love to leave Andrew Jackson [on the $20] and see if we can maybe come up with another denomination [for Tubman]—maybe we do the $2 bill or another bill… I don’t like seeing it. I think it’s pure political correctness. [Jackson] has been on the bill for many, many years and really represented somebody that was really very important to this country.”

Listen: The Daily Tefila4Life Shiur On Matzav.com: What Is the Woman’s Role?