White House counselor Kellyanne Conway will ignore a congressional subpoena at the request of President Donald Trump, refusing to testify about a government watchdog’s findings that she broke the law dozens of times, the White House said Monday.

Last month, the House Oversight Committee authorized a subpoena for Conway after special counsel Henry Kerner said she blatantly violated the Hatch Act, a law that bars federal employees from engaging in politics during work.

“We’re not requiring her to testify about advice she gave the president or about the White House policy decisions. . . . We are requiring her to testify before Congress about her multiple violations of federal law,” Rep. Elijah Cummings, D-Md., chairman of the committee, said at a session Monday. “This is bigger than just the Hatch Act. . . . This is about holding our government to the highest standard and not allowing [Trump officials to have] special treatment when they flagrantly violate the law.”

White House lawyers had rejected the Oversight Committee’s request for Conway to appear at the hearing last month, citing a bipartisan practice that West Wing officials do not testify to Congress while they still work in the administration. They likewise advised her to ignore the subpoena Monday at Trump’s request.

“As you know, in accordance with long-standing, bipartisan precedent, Ms. Conway cannot be compelled to testify before Congress with respect to matters related to her service as a senior adviser to the President,” White House counsel Pat Cipollone wrote in a letter to the panel.

He added: “Because of this constitutional immunity, and in order to protect the prerogatives of the Office of the President, the President has directed Ms. Conway not to appear at the Committee’s scheduled hearing. . . . The long-standing principle of immunity for senior advisers to the President is firmly rooted in the Constitution’s separation of powers and protects the core functions of the presidency.”

In the latest example of the standoff between the two branches, House Democrats will vote Tuesday to hold Attorney General William Barr and Commerce Secretary Wilbur Ross in criminal contempt for refusing to cooperate with an investigation into President Trump’s effort to add a citizenship question to the 2020 Census.

In Conway’s case, Democrats argue that the White House had no right to claim executive privilege or immunity because the alleged violations deal with her personal actions, not her duties advising the president or working in the West Wing. They accused the administration of stonewalling another House investigation.

The Hatch Act bars federal employees from engaging in political activity during work hours or on the job. But a report submitted to Trump by Kerner – a former Oversight Committee Republican aide who was appointed by Trump – found that Conway violated that law on numerous occasions by “disparaging Democratic presidential candidates while speaking in her official capacity during television interviews and on social media.” Kerner recommended that Trump terminate her federal employment, though Trump has refused.

Conway has appeared on national television to defend herself and accused House Democrats of trying to retaliate against her for managing Trump’s 2016 campaign.

“You know what they’re mad about?” Conway said. “They want to put a big roll of masking tape over my mouth because I helped as a campaign manager for the successful part of the campaign. . . . So they want to chill free speech because they don’t know how to beat [Trump] at the ballot box.”

Republicans have also tried to argue that Kerner, while a former colleague, is targeting Conway because she scoffed at his requests that she stop discussing politics on air. But Kerner, in an interview with The Washington Post, pushed back on the assertion that politics in any way influenced his decision.

“We’re trying to hold Ms. Conway to the same standard we hold other people in government to,” Kerner said. “My staff came up with violations. They’re obvious. She says things that are campaign messages.”

Rep. Jim Jordan of Ohio, the top Republican on the committee, said Monday that the session was “pure politics . . . to silence one of the president’s top advisers. They targeted Ms. Conway because she’s effective.”

The Office of Special Counsel is a quasi-judicial independent agency that adjudicates claims of retaliation by whistleblowers and administers the Hatch Act and other civil service rules. It is separate from the office run by former special counsel Robert Mueller, who led an inquiry into Russian interference in the 2016 presidential campaign. 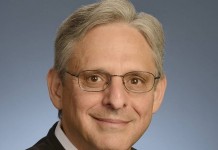