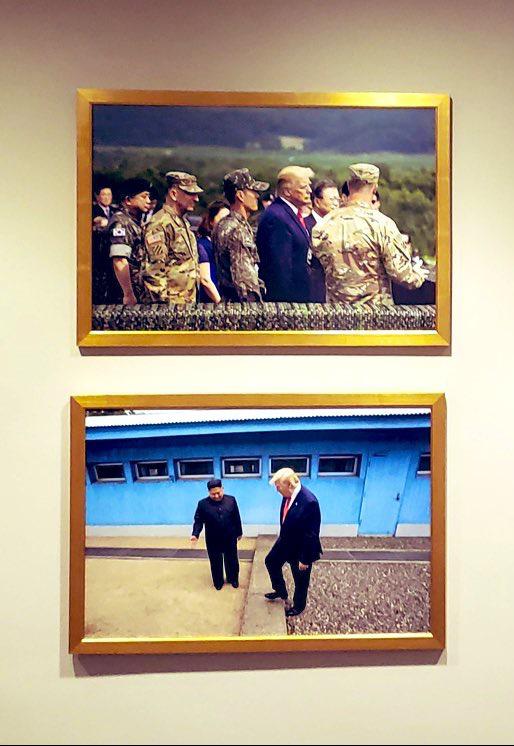 President Donald Trump’s close relationship with North Korean leader Kim Jong Un has  now been memorialized in the White House, where a photo of the two leaders now hangs in the West Wing.

Trump and Kim have met three times during Trump’s presidency. They gathered for a nuclear summit in Singapore in June 2018, a second summit in Hanoi, Vietnam this past February, and met at the de-militarized zone (or the DMZ) last month.

The photo in the White House, posted to Twitter by Bloomberg White House reporter Jennifer Jacobs, shows the two leaders at the DMZ, which Trump visited after the G20 summit in Osaka, Japan.