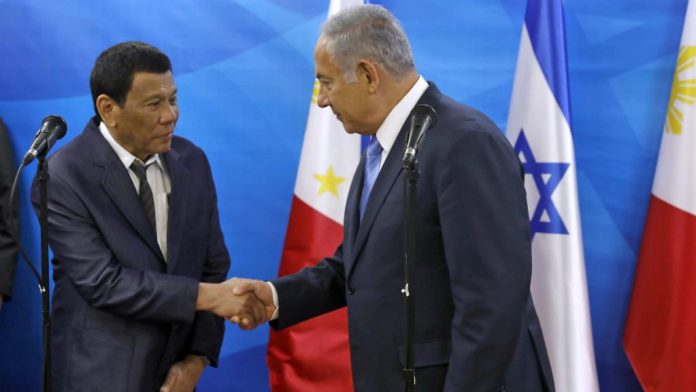 Philippine president Rodrigo Duterte, who in 2016 compared his anti-drugs crackdown to Nazi leader Adolf Hitler’s efforts to exterminate Jews, visited the Yad Vashem Holocaust Remembrance Center in Jerusalem on Monday, where he referred to the Nazi leader as ‘insane.’

“I cannot imagine a country that obeys an insane ruler, and I hope it never happens again. We Filipinos will make sure it does not happen again as much as we can,” he said at the ceremony where he laid a wreath in honor of Holocaust victims.

Duterte’s visit to Israel is the first by a Philippine leader in more than 60 years of diplomatic ties between the two nations. Duterte heads to Jordan on September 5, where he is expected to meet King Abdullah II.