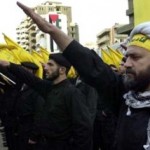 A Cyprus court sentenced a man belonging to the Hezbollah terrorist group to six years in jail after pleading guilty to being part of a plot to target Israeli interests in the Mediterranean island country.

According to state prosecutors, Lebanese-Canadian man Hussein Bassam Abdallah admitted to having been ordered by Hezbollah to guard nine tons of ammonium nitrate at a home in Larnaca, Cyprus, the Associated Press reported. Abdallah was recruited into Hezbollah’s “military wing” and received training from the Iranian-backed terror group. He had also visited Cyprus around 10 times since 2012.

Cypriot authorities arrested Abdallah in May after being tipped off about the presence of the chemical compound at the Larnaca home. Abdallah is the second Hezbollah member to be jailed in Cyprus for plotting to attack Israelis. In 2013, a Swedish-Lebanese man was sentence to four years in jail for that reason.