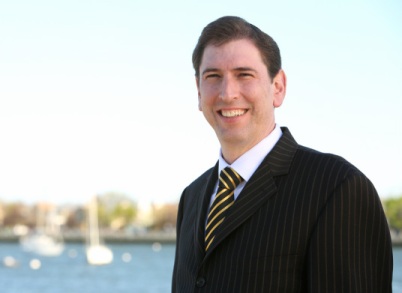 Longtime Brooklyn Rep. Yvette Clarke emerged victorious in a second fierce Democratic primary challenge Tuesday night, though the outcome could still be reversed by thousands of absentee ballots that have yet to be counted.

Clarke scored a commanding 60.8 percent (29,254 votes) of the ballots cast during early voting and on primary day, while her chief opponent Adem Bunkeddeko notched just 19.1 percent (9,180 votes) of the vote, with 80 percent of precincts reporting. Councilman Chaim Deutsch was in third with 9.8 percent (4,725 votes). Isiah James, an Army vet who scored an endorsement from the Democratic Socialists of America, had 9 percent. 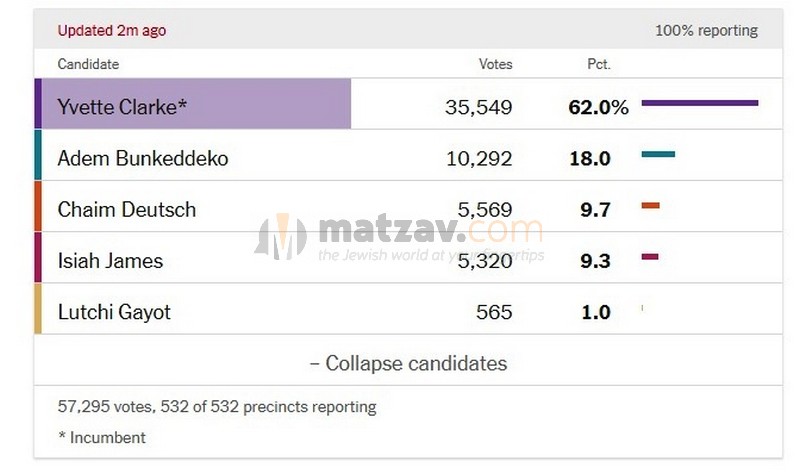 The NY Post reports that records from the Board of Elections show that voters in the 9th Congressional District requested nearly 76,000 absentee ballots, none of which have been counted yet. The records indicate that the bulk of the requests came from portions of the district Bunkeddeko did well in two years earlier. Under state law, the New York City Board of Elections won’t begin counting those ballots until next week, leaving the outcome of the race in some doubt for the next several days.

Clarke — the daughter of Flatbush political powerhouse and former Councilwoman Una Clarke — has represented Central Brooklyn in Congress since 2007, after spending four years on the City Council.

A major effort by the frum community in Brooklyn to garner support for Deutsch was apparently grossly insufficient, with Deutsch not receiving even 5,000 votes.