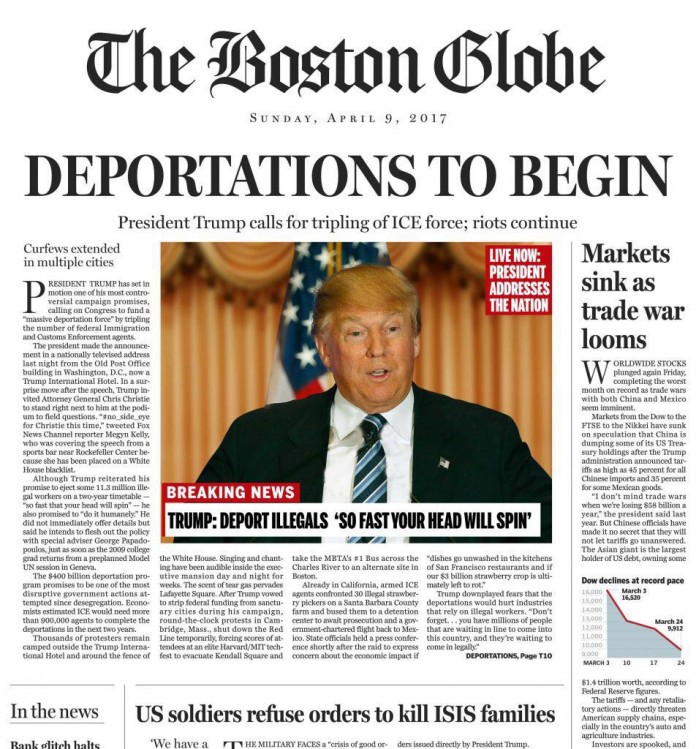 The opinion section of the Boston Globe is turning heads today. They’ve just published a fake front page from the future that details the kind of world a President Donald Trump would usher in, NPR reports.

The news from April 9, 2017, includes fake stories about a market crash triggered by a trade war, the beginning of mass deportations and a story about the military refusing the orders of its civilian leadership.

The paper accompanied what it calls a satirical front page with an opinion piece titled “The GOP must stop Trump.”

The editorial page writes: “[Trump’s] vision of America promises to be as appalling in real life as it is in black and white on the page. It is a vision that demands an active and engaged opposition. It requires an opposition as focused on denying Trump the White House as the candidate is flippant and reckless about securing it.”