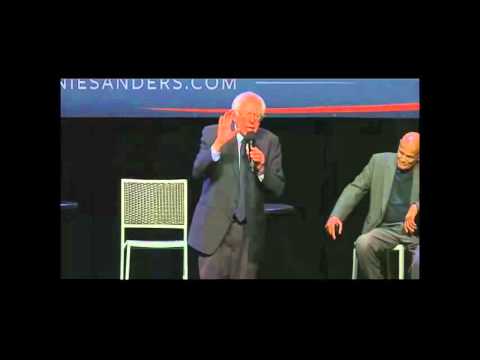 A Bernie Sanders rally in Harlem turned ugly when a man in the audience took the microphone and ranted about “Zionist Jews” controlling Wall Street and the banks.

Prefacing his question, The Hill reports, the man cited Sanders’ Jewish ancestry and the fact that he spent a year in Israel, before continuing, “As you know, the Zionist Jews – and I don’t mean to offend anybody – they run the Federal Reserve, they run Wall Street, they run every campaign.”