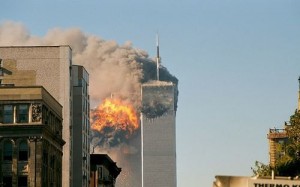 An American-born businessman wants to raise £1m to stage a bizarre recreation of the 9/11 attacks on the World Trade Centre in New York.

The Mirror reports that Paul Salo, who now lives in Thailand, has said he wants to purchase a ‘Boeing 747’ and smash it into the side of an empty building in the countryside at 500mph. He describes it as an ‘important project’ to prove conspiracy theories about the terror atrocities ‘once and for all’.

Mr Salo is hoping to crowdfund the event and is selling ‘front-row seats’ to the outlandish spectacle in Thailand for $5000 each (£3,500).

“If there’s just a smoking hole in the building and nothing happens, you pretty much know it was a hoax, right? Cos it’s obvious, right?

“Sure, some people might be upset, but we deserve to find out what happened.”

The Mirror reports that Salo, who grew up in California, adds that he believes the reconstruction will discover there was “similar physics” which caused the twin towers to collapse. Read more at The Mirror.