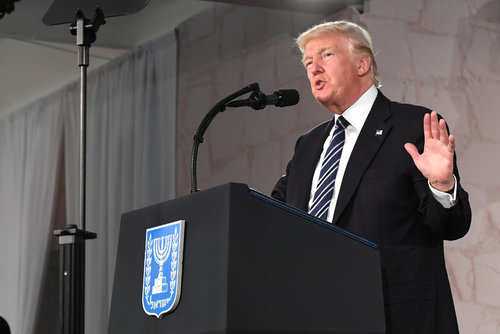 Among the founding members of a “principled” group of “prominent Republicans” working to counter conspiracy theories is a prominent Holocaust-denier.

Pete McCloskey, a former congressman who referenced the “so-called Holocaust” in a keynote address that praised a top Holocaust-denial group, joined “A Call for American Renewal” as a founding signatory. According to former congressman Denver Riggleman, the group aims to “counter disinformation and conspiracy theories” and “step up in this fight for truth and integrity.”

McCloskey served as a Republican representative for California from 1967 to 1983 but changed his affiliation to the Democratic Party in 2007. After leaving Congress, he gave the keynote address at the Institute for Historical Review’s 2000 conference. An infamous Holocaust-denial group with ties to neo-Nazi organizations, IHR has described the Holocaust as “some scattered killings” of Jews. According to the group, there is “not evidence” to support “the systematic extermination of six to eight million Jews in concentration camps.”

McCloskey’s address to IHR members noted his “respect” for “the thesis of this organization.” The former congressman also referenced the “so-called Holocaust,” adding, “I don’t know whether you are right or wrong about the Holocaust.”