The 23-to-16 vote came after House Democrats earlier this month asked the White House for copies of all work communications sent via nonofficial means, in an expansion of their investigation into Trump administration officials’ use of personal email and encrypted applications to communicate.

“I don’t know how to say this any differently: We have laws. And the laws say we keep official records,” House Oversight Committee Chairman Elijah Cummings, D-Md., said during a heated debate before Thursday’s vote.

Republicans countered that the panel was wasting its time on investigating members of President Trump’s family when it should instead be focusing its attention to the crisis at the U.S.-Mexico border. Rep. Chip Roy, R-Texas, cited the controversies in 2016 over former secretary of state Hillary Clinton’s private email use, accusing Democrats on the panel of playing politics and embarking on a “fishing expedition.”

“We’re engaged in this open-ended inquiry. . . . What are we actually looking for as an oversight body?” Roy asked. Minutes later, he stormed out of the hearing after a tense back-and-forth with Democrat Gerald Connolly of Virginia.

Cummings had asked the administration about reports that some top White House officials – including Ivanka Trump and Kushner – discussed or relayed official White House business using a private email account and encrypted applications.

The Washington Post reported last year that Ivanka Trump sent hundreds of emails throughout much of 2017 to White House aides, Cabinet officials and her assistants using a personal account, many of them in violation of federal records rules.

Cummings said in March that an attorney for Kushner told him that Kushner uses the encrypted messaging application WhatsApp for official business, including with people overseas. The lawyer, Abbe Lowell, disputed parts of Cummings’ account, contending that he did not say that Kushner used WhatsApp to communicate with foreign leaders.

The resolution passed Thursday authorizes Cummings to subpoena records sent by non-career White House officials using nonofficial electronic messaging accounts, “including text messages, phone-based message applications, or encryption software, that were not forwarded to the official accounts of the employees within 20 days.”

It also authorizes the subpoena of communications by White House employees about whether those messages may have included classified information, as well as all documents regarding the alleged misuse of White House information technology systems. The resolution specifically mentions acting White House chief of staff Mick Mulvaney.

Oversight Committee Democrats have accused the Trump administration of stonewalling them, arguing that the White House has refused to tell the panel about the results of its own internal investigation of the matter.

Rep. Jim Jordan of Ohio, the top Republican on the Oversight Committee, accused Democrats on Thursday of pursuing the emails because Wednesday’s hearings featuring former Special Counsel Robert Mueller was a “total bust.”

“The Democrats are no closer to their goal of impeaching the president – in fact, I think they’re farther away,” Jordan said. “Thank goodness for that. But they don’t waste any time . . . Now they’re going to go after the emails of the first family in an attempt to create an appearance of some type of controversy.” 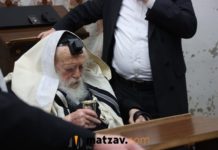 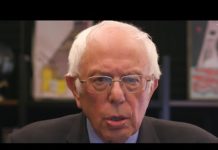 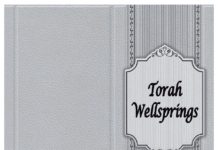