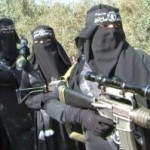 The Israeli Air Force carried out an airstrike Thursday morning in the central Gaza Strip in response to a rocket attack on Israel on Wednesday evening. A rocket launched from Gaza exploded in an open field in the Eshkol Regional Council of the western Negev. No damage or injuries were reported.

The Israel Defense Forces said it responded by striking a Hamas weapons facility, in line with Israel’s policy that all rocket fire from Gaza is the responsibility of Hamas, the terrorist group that rules the Palestinian enclave.

Security officials told the media that the missile landed near the border fence and did not pose an immediate threat to Israeli residents. Therefore, warning sirens were not triggered. It remains unclear which terror group is directly responsible for the attack.

The IDF noted that since the beginning of August, eight rockets had been fired from Gaza into Israel. IDF Spokesman Lt. Col. Peter Lerner said the army would “not tolerate any attempt to undermine the security of southern Israel. The Hamas terror organization is responsible for today’s attack against Israel.”