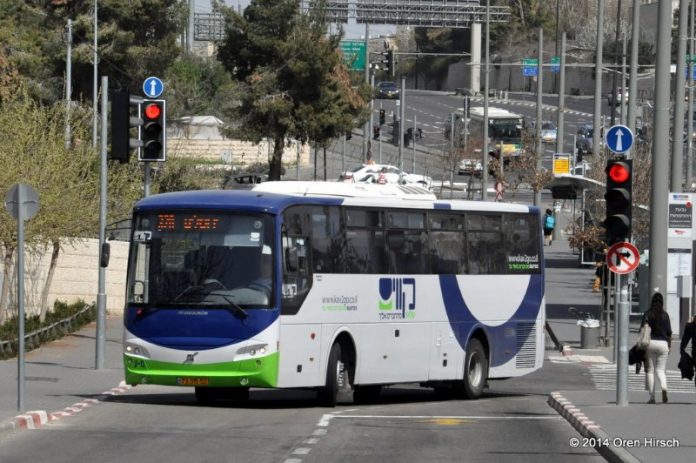 An Israeli passenger who recently disembarked from Kavim bus and removed a suitcase from the baggage compartment beneath the bus dislodged a second suitcase in the process. Before he could return the other suitcase to its place, the Kavim driver closed the compartment and drove off, ignoring the shouts of protest of the owner of the second suitcase.

In another case, the driver of a bus traveling from Yerushalayim to Brachfeld refused to pick up passengers waiting at the final stop in Ramot. He stopped the bus for a moment, but ignored the pounding on the door of the passengers waiting to be picked up, as well as the shouts from passengers within the bus, and drove off.

The Minister of Transportation admits that since the beginning of 2016, there have been a large number of incidents in which the drivers of the Kavim company did not stop for passengers waiting at a bus stop. The minister denied that this has to do with the fact that most of the company’s drivers are Arabs, who will take any opportunity to cause difficulties for innocent Israeli passengers. In fact, he was uncertain if the majority of the drivers are indeed Arabs.

Regarding the lost suitcase, he related that there were insufficient details to identify the driver who was responsible. As for the driver who did not stop for his passengers, the minister passed on the complaint to the authorities responsible for enforcing the rules.