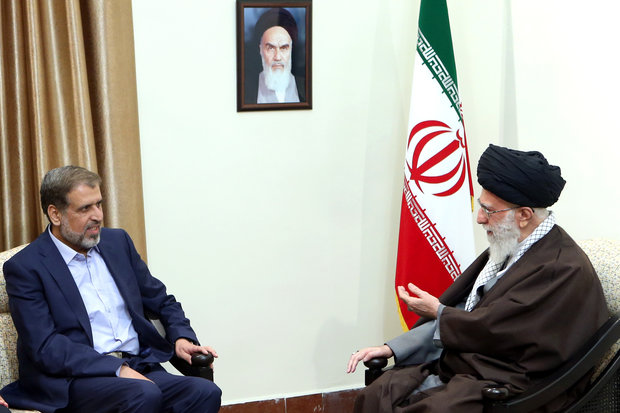 Iran’s Ayatollah Khamenei told Ramadan Abdullah that the US is seeking dominance over the region by waging wars and conflicts, Mehr News Agency reports.

Khamenei received Secretary General of Palestinian Islamic Jihad Movement Ramadan Abdullah Shalah and his accompanying delegation on Sunday evening in Tehran, where he emphasized that one reason behind current developments in the region was the efforts of western front, led by the United States, to seize dominance over the region by inflicting massive wars and conflicts.

“The extensive war going on in the region is continuation of the same warfare which has been waged against the Islamic Republic of Iran since 37 years ago; and in this confrontation, the issue of Palestine is the main issue and as the Islamic Republic of Iran has been committed to its support for Palestine as a duty, it will continue to fulfill this duty in the future as well.”

Khamenei asserted that the stance of the Islamic Republic has always been support for Palestinian cause and that it has not been limited to particular times.

“Syrian government is not Shia, but the Islamic Republic of Iran supports the government in Syria, because those confronting Syria are in fact enemies to core of Islam and serve the interests of the US and Zionist regime,” he said. “The most important issue in current situation in the region is correct realization of the two main sides of this widespread conflict and to realize one’s own stance; because if the distance between the two fronts is not understood correctly, we might stand against Islam unwillingly.”

Khamenei reaffirmed that with this perspective in regional issues, “Iran sees the United States as main enemy with the Zionist regime standing behind it.”