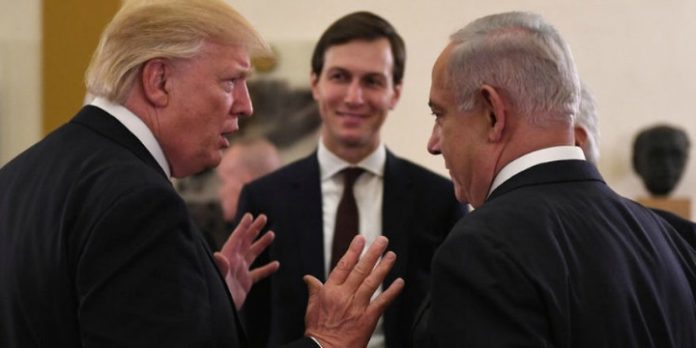 President Donald Trump said Monday that the long-awaited “deal of the century” on Middle East peace could be revealed before Israel’s September elections.

Just last week, the president told reporters that the plan to resolve the Israeli-Palestinian conflict likely won’t be unveiled until after the elections, but bits and pieces maybe revealed beforehand.

But speaking to reporters on the sidelines of the G7 summit in France on Monday, Trump said that both Israelis and Palestinians are interested in reaching a peace deal.

“I think the Palestinians will be happy to get US funding again and make a deal,” Trump said.