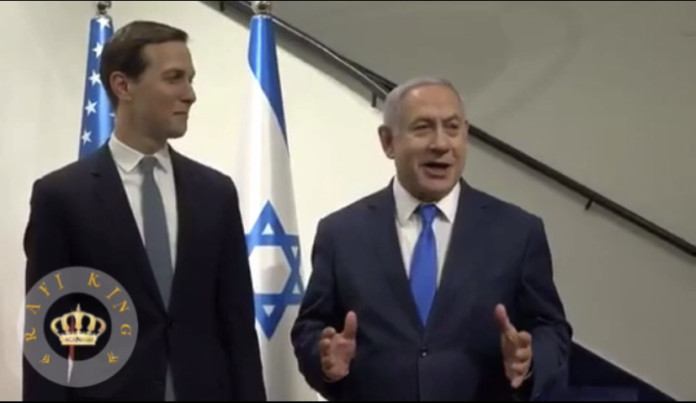 Israeli Prime Minister Benjamin Netanyahu met in Israel with White House senior adviser and presidential son-in-law Jared Kushner and U.S. special envoy to the Middle East Jason Greenblatt on Thursday ahead of next month’s economic summit in Bahrain as part of the Trump administration’s Mideast peace plan between the Israelis and the Palestinians.

Also in attendance were U.S. Special Representative for Iran Brian Hook and Israeli Ambassador to the United States Ron Dermer.

“It’s always a great pleasure to welcome Jared Kushner and Jason Greenblatt to Israel, to Jerusalem, and to discuss our common efforts for prosperity, security and peace,” said Netanyahu. “I’m tremendously encouraged by how the United States, under [U.S.] President [Donald] Trump, is working to bring allies together in this region against common challenges, but also to seize common opportunities.”

Kusher said that “the security of Israel is something that’s critical to the relations between America and Israel, and also very important to the president, and we appreciate all your efforts to strengthen the relationship between our two countries. It’s never been stronger, and we’re very excited about all the potential that lies ahead for Israel, for the relationship and for the future.”