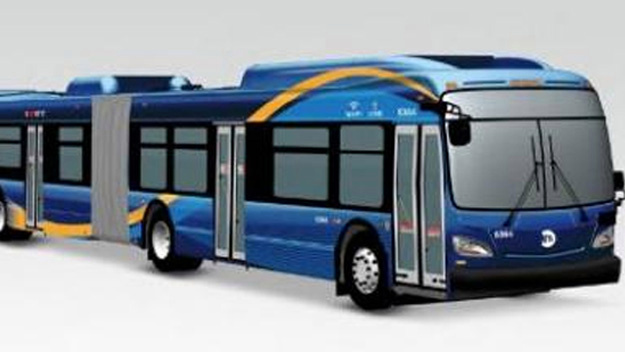 As WCBS 880’s Mike Xirinachs reported, 75 spanking new blue and yellow Metropolitan Transportation Authority buses were rolled into service this week. They will be the first of thousands, according to MTA Chairman Tom Prendergast.

“In the next five years, over 2,000 buses,” Prendergast said. “These state of the art new buses will be added to the MTA fleet replacing 40-percent of the entire MTA fleet.”

CBS NEW YORK reports that the first seven of the $755,000 buses hit the streets on Tuesday, Cuomo’s office said. They are being delivered at a rate of four to five per day, with 75 arriving this summer for the Queens neighborhoods of Richmond Hill, South Jamaica, South Ozone Park, Springfield Gardens, Rosedale and Far Rockaway.