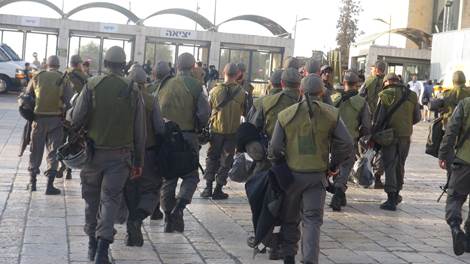 A bill allowing off-duty security guards in Israel to carry weapons passed its final Knesset readings on Tuesday, with a vote of 21 lawmakers in favor of the measure and eight against it. The proposal, which aims to boost public safety amid the current wave of Palestinian terrorism, was passed as a temporary provision that will be reviewed by the Knesset again in a few months.

The bill, an amendment to Israel’s Firearms Law, effectively reinstated a provision that was repealed in 2013 after several cases in which security guards who had been allowed to take their weapons home killed their spouses. The amendment bars security guards with criminal records, or any history of violence or domestic abuse, from carrying their weapons after hours.

Member of Knesset (MK) Nachman Shai (Zionist Union), who voted in favor of the bill, said, “No one is thrilled by the prospect of people carrying guns on the streets, but in 2016 in Israel this has become a vital need. Deterrence is key, and having trained, licensed individuals carry weapons…will help bolster public security.”

MK Tamar Zandberg (Meretz) criticized the bill, saying, “This is nothing short of dangerous. Someone thinks that saying the word ‘terrorism’ is enough to scare us all into voting in favor, but this bill could potentially cost more lives than it would save. We have to vote against it and find other ways to deal with terrorism. The solution isn’t with adding more weapons on the streets.”

According to Israel’s Public Security Ministry, 38,000 security guards in Israel are licensed to carry guns.