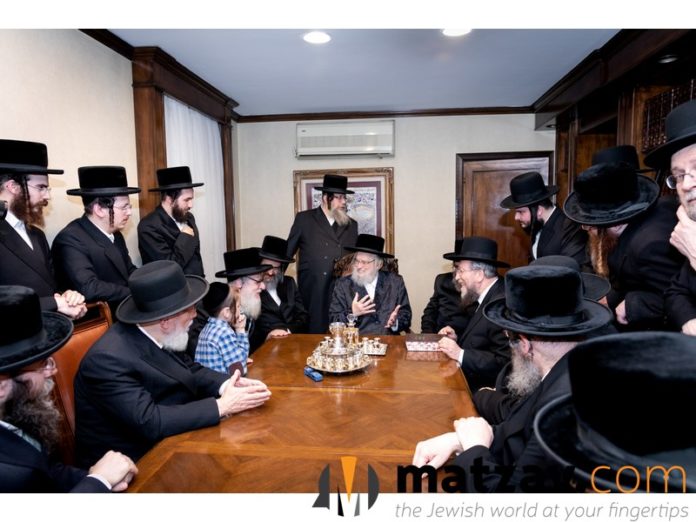 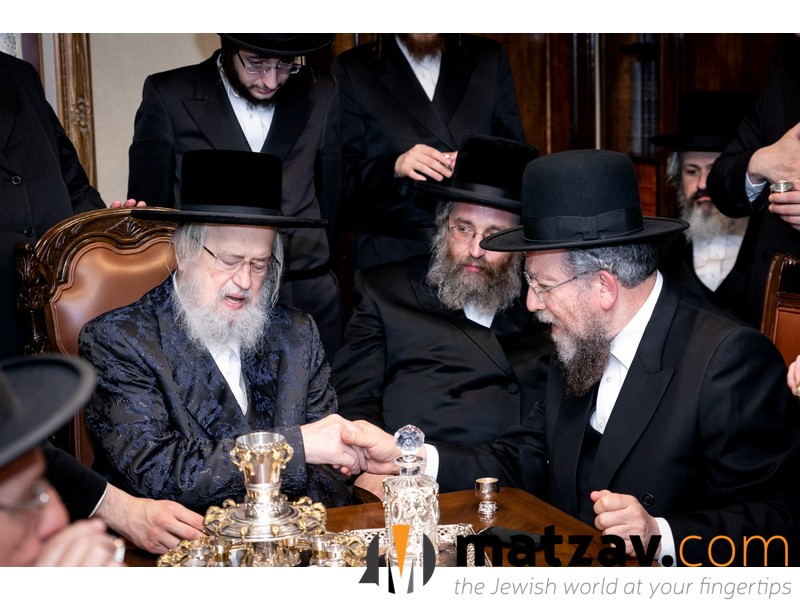 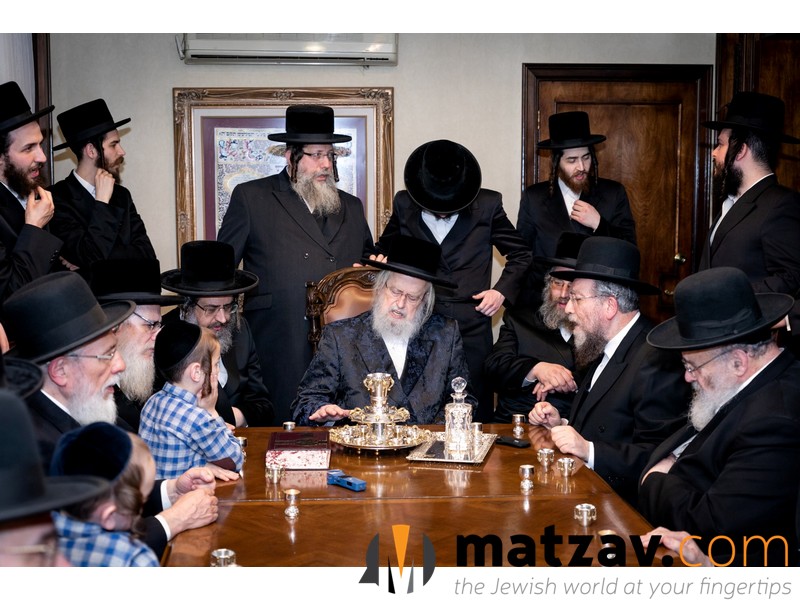 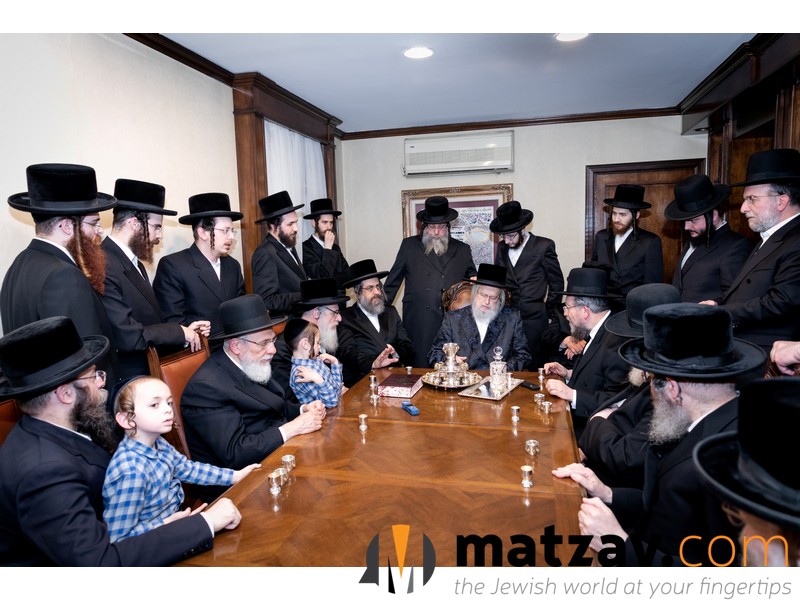 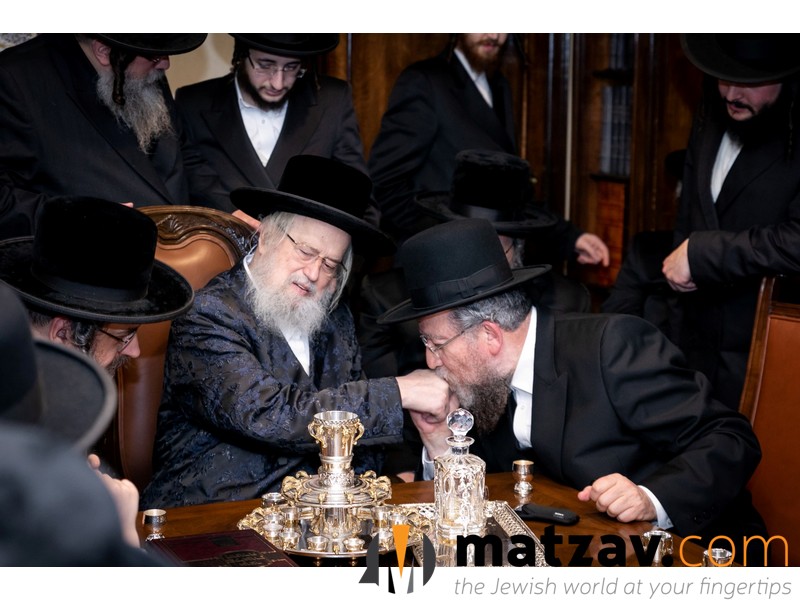 The joy and electricity in the room was palpable as a new sefer edition of a highly sought after series made its debut.

The celebratory event took place in the court of the Minkatcher Rebbe shlit’a where the author, Rabbi Wolf Zicherman, the Rosh Hakuhal of Minkatch proudly presented a copy of the 4th edition of “Oitzer Paluois Hatorah.”

The Bamidbar edition, with more than 1,000 pages chock full of rich and compelling thoughts on the weekly parsha, is finally available in the sefarim stores.   Many have attested to relying on this series as their weekly Shabbos preparation and its release was anticipated by many.

How appropriate that such a memorable event took place on Pesach Sheini , with a gathering of elite Bnei Torah including the friends and family of the Rebbe and his Rosh Hakuhal , the Belzer Dayan, The Gerer Rosh Yeshiva , Muder Rav and many other chashuva personalities.

As soon as the Rebbe made his royal presence and greeted the honorary guests R’ Wolf solicited a psak din whether the bracha of Shehecheyanu is in place.

“Since the bracha is recited in an event of immense joy, how fitting would it be recite it on such a joyous occasion.  Is there a bigger joy than the joy of Torah??”

Immediately upon hearing the Rebbe’s reply, R’ Wolf grasped the sefer to his chest and with great intensity and an otherworldly glow, he recited the bracha of Shehecheyanu.  After the echo of a resounding “amen” subsided, the Belzer Dayan remarked:

To which the Rebbe agreed:

“All those currently assembled must be experiencing the immense joy right along with you.”

The Rebbe then proceeded to immerse himself in the new sefer, his brow furrowed in deep concentration.   How appropriate to note that the section he opened the sefer to was Behaloischa which has a direct connection to Pesach Sheini…

A l’chaim was distributed amidst a heated discussion regarding the recital of the bracha of Shehecheyanu in the event of the completion of a mashechta with the many talmidei chachamim in attendance contributing their thoughts on the matter.

The inspiring and eventful celebration ended with the happy rendition of “Siman Toiv, Umazel Toiv” complete with unabashed requests for the celebration of the next edition of Sefer Devarim…. 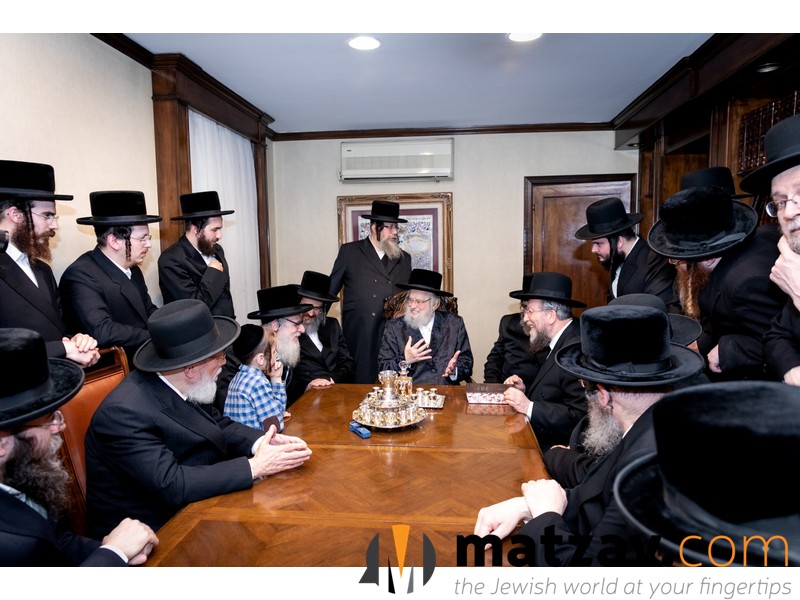 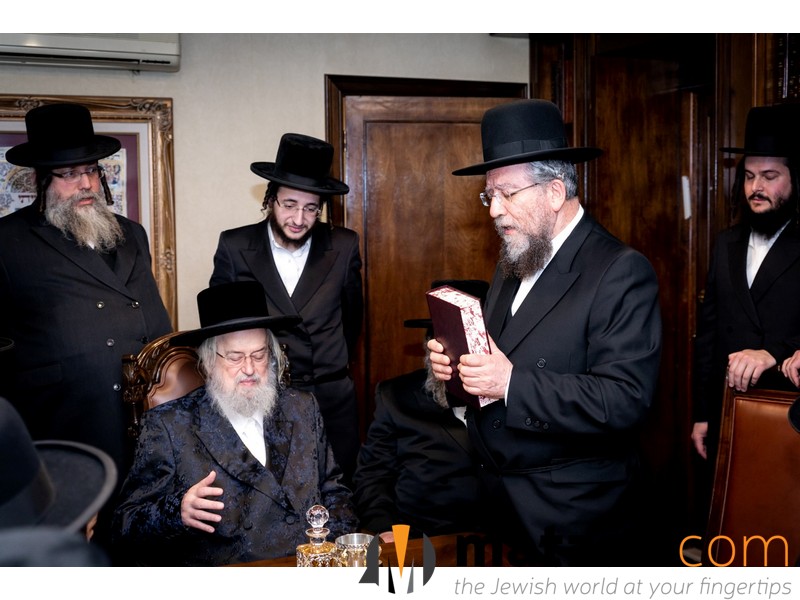 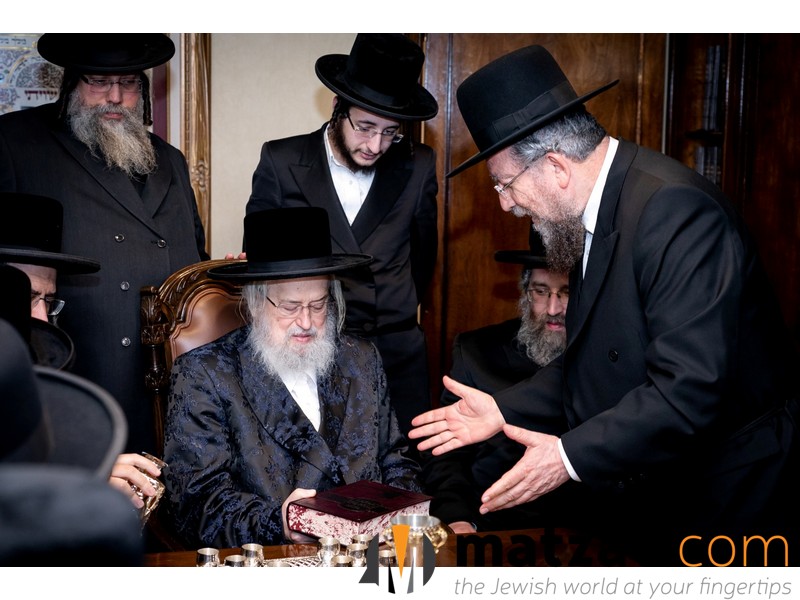 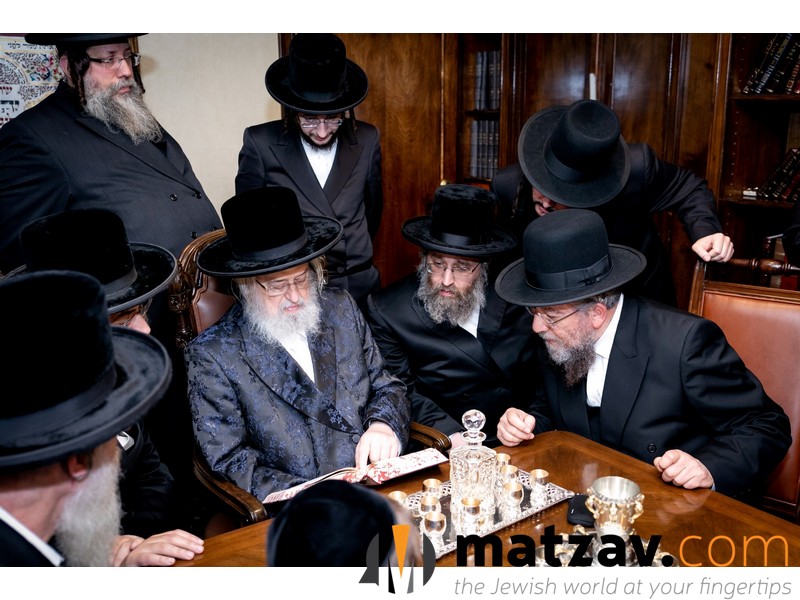 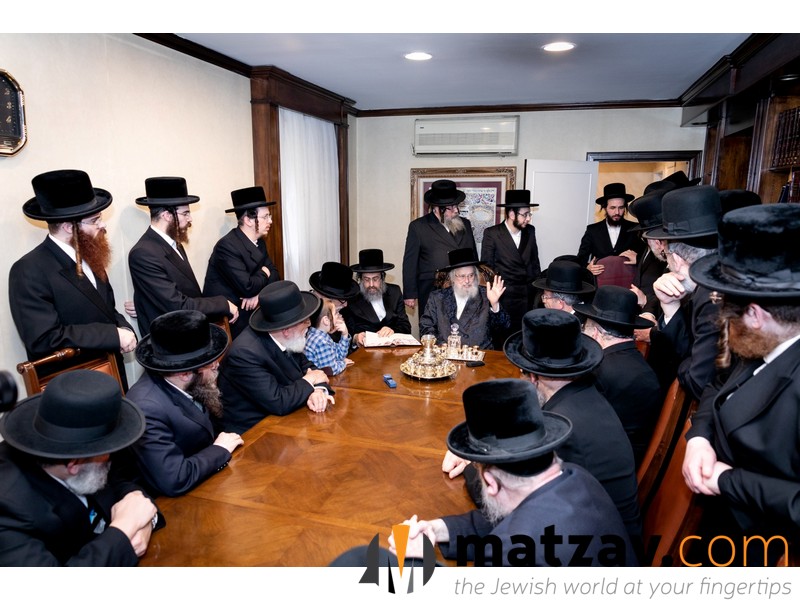 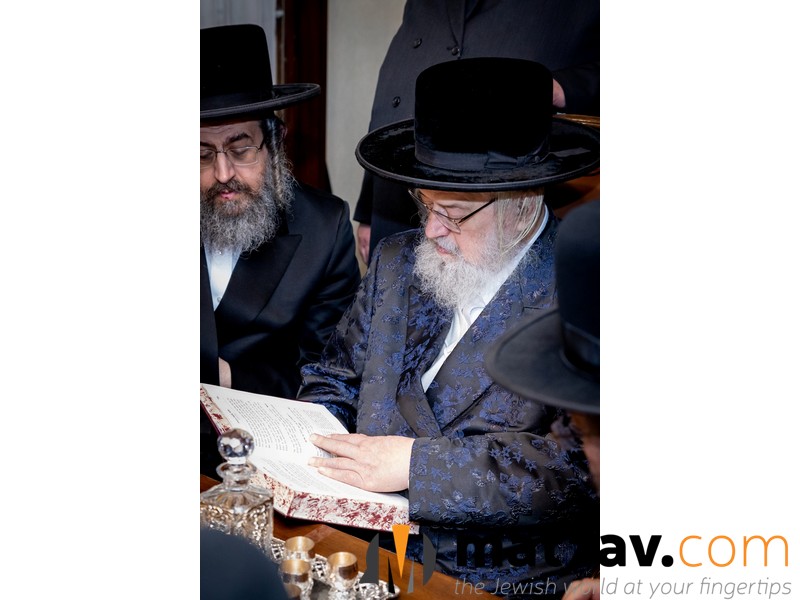 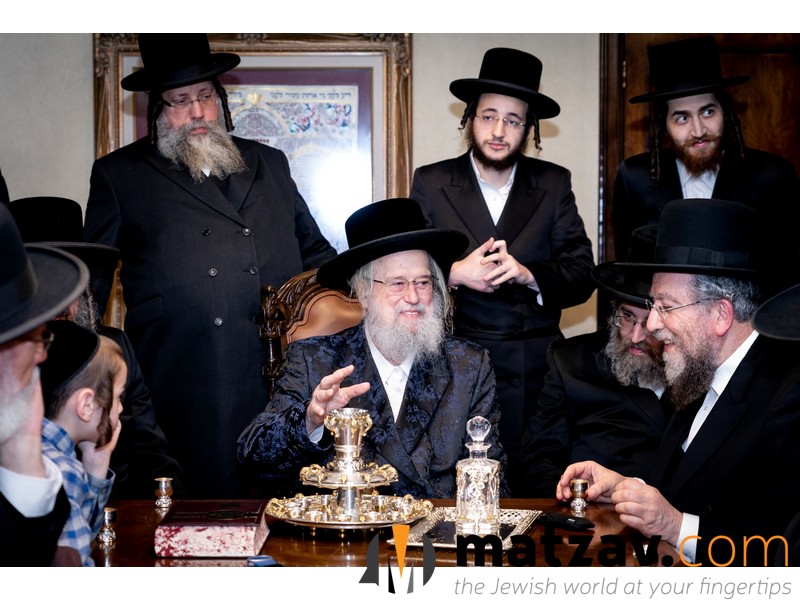