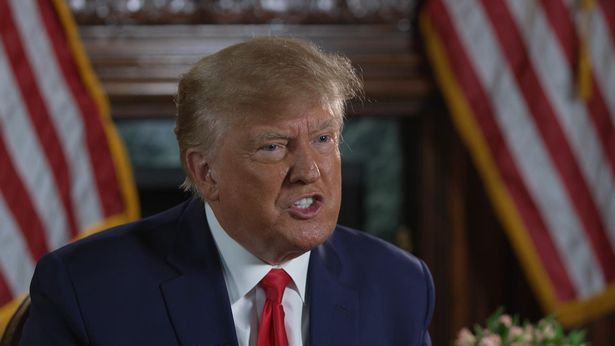 During his exclusive interview with Fox News’ Sean Hannity last night, former President Donald Trump spoke about President Biden’s disastrous Afghanistan withdrawal and shared a story about how he threatened Taliban co-founder Mullah Abdul Ghani Baradar while he was in office.

“I sent him a picture of his house,” Trump insisted of the leader dubbed “Baradar the Butcher,” who is now deputy prime minister after the Taliban seized power.

“He said, ‘But why do you send me a picture of my house?’ I said, ‘You’ll have to figure that one out,’” Trump claimed in the second part of his sit-down interview, aired late Thursday.

“I said, ‘If you do anything, we’re going to hit you harder than any country has ever been hit.’

Trump said he “wanted to get out” of Afghanistan and had whittled US presence “down to very few soldiers.”

“We would have had a very similar schedule, but I would have taken the military out last,” he insisted, saying he would also have not allowed $85 billion worth of “the best military equipment in the world” to be “left behind.”