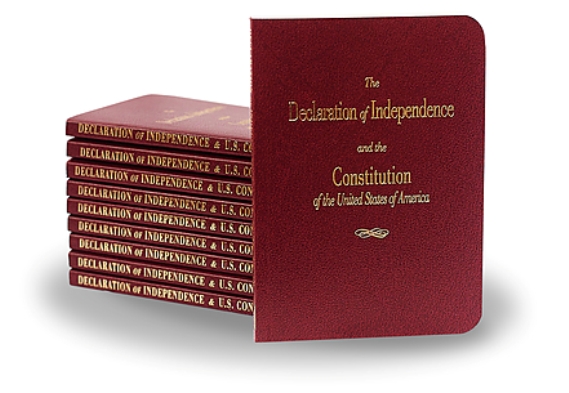 Sales of the so-called pocket version of the U.S. Constitution have reportedly soared following the DNC speech of Muslim-American lawyer and “Gold Star” father Khizr Khan, and his subsequent public feud with Donald Trump.

A 52-page booklet, titled Pocket Constitution, is the No. 2 best-selling book on Amazon on Monday morning, charting just behind the new Harry Potter novel. The $1 pamphlet was printed by the National Center for Constitutional Studies—a religious conservative organization founded by the late Mormon writer W. Cleon Skousen—and does not appear to be the same booklet Khan held up during his speech criticizing Trump’s proposed ban on Muslim immigrants. As of Monday morning, the booklet was also the No. 1 seller inU.S. History books. Read more at THE GUARDIAN.