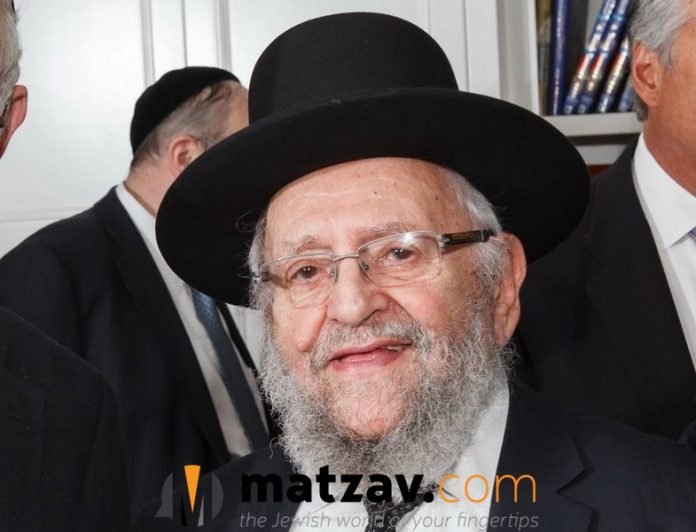 Rabbi Binyamin Kamenetzky zt”l passed away last week. He was the eldest son of the great Rabbi Yaakov Kamenetzky and was a distant relative of our family in previous generations. Presently, a niece of mine is married to one of his sons. But this familial relationship was not the basis of my connection with him and my admiration of his great accomplishments of a long lifetime.
He was a member of a generation of pioneers in Jewish education that operated after World War II and reshaped and revitalized Orthodox Jewry in the United States. Driven by faith in the past and a vision for the future, reviled and ridiculed by the then Jewish establishment and Federations, these Torah scholars established Jewish day schools with scant financial backing. Going against the tuition free schooling offered from a then excellent public school educational system, this cadre of dedicated young men founded schools in then unlikely places, schools that changed the face of American Jewry until today.
A leading figure in that revolution in American Jewish life was Rabbi Binyamin Kamenetzky. He headed a school in Nassau County, the Yeshiva of the South Shore. Today this area has a very strong and large Orthodox community. But many decades ago Nassau County was alien territory – perhaps even enemy territory – as far as meaningful Jewish education was concerned.
Many Jewish leaders of the time called the Day School movement un-American! And in that area and environment, Rabbi Binyamin Kamenetzky, over many decades of toil and talent, built an empire of Jewish education and Torah observance.
But perhaps just as importantly, Rabbi Kamenetzky was a force for good in all areas of Jewish life in the Five Towns area of Nassau County. Every individual and every Jewish institution could rely on his counsel, influence, and personal and political connections for help in times of need and crisis.
His vision was wider than just his school and its needs. In a world that sometimes defined itself by turf and exclusivity, he saw beyond narrow parochial borders and envisaged the Jewish community as a whole. The Five Towns and Far Rockaway areas of greater New York today contain many and varied institutions of Jewish learning. But that is only because of the pioneering labor of that generation after the war that undertook the daunting task of rebuilding the Jewish world after its near destruction seventy years ago.
It was a generation of unsung and unknown heroes and Rabbi Binyamin Kamenetzky was representative of those brave visionaries and dedicated educators. Because the Lord gifted him with a long life span in practical terms, he outlived his generation and never really received his due. He was a symbol of past greatness but his very presence amongst us still had influence and lessons to learn.
This scion of a great rabbinic family, born in the heartland of Jewish life in prewar Lithuania, succeeded in America, undaunted by its strangeness and completely different culture. This ability was a hallmark of his public and private persona. They don’t make them this way any longer.
He was a very creative person. He founded a lunch and learn program in Manhattan long before that type of program became regular and normal in American Jewish life. I spoke for his group a number of times many decades ago and I always marveled as to his ability to bring together so many disparate Jews of various backgrounds for an hour of Torah study in the midst of a busy business day.
Lunch and Learn programs now exist everywhere in the Jewish world today and are important in the never-ending battle to keep Jews Jewish. My first experience with this type of program was when Rabbi Binyamin Kamenetzky invited me to speak. It was an experience I have never forgotten and I still cherish.
Aside from the thousands of young people who received their Jewish education through his school there are many others, young and old, that have benefited from his initiatives, programs and personal guidance and interest. Rabbi Binyamin Kamenetzky was a throwback to a world that once was and will never be again, he saw a world that would rebuild Jewish life and reward all of those that kept faith with Torah and observance. A unique personality whose lifespan covered a radically and rapidly changing society, his perspective and counsel will be sorely missed. May his memory be a blessing to his family and all who were privileged to know him.
Good Shabbos.
Berel Wein