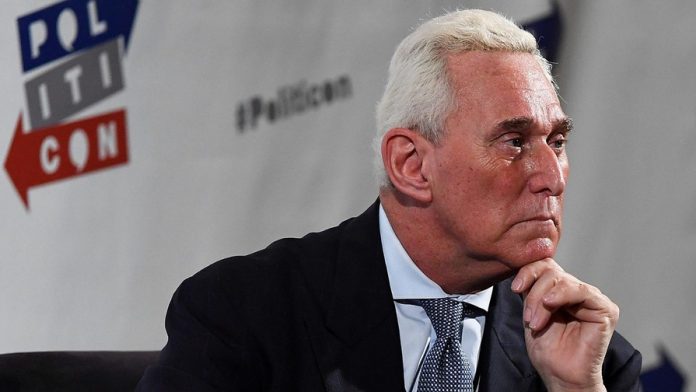 Roger Stone was arrested by the FBI Friday morning at his home in Florida, after being  indicted Thursday by the Mueller probe, which alleges that the longtime Donald Trump associate sought stolen emails from WikiLeaks that could damage Trump’s opponents at the direction of “a senior Trump Campaign official.”

The indictment’s wording does not say who on the campaign knew about Stone’s quest, but makes clear it was multiple people. This is the first time prosecutors have alleged they know of additional people close to the President who worked with Stone as he sought out WikiLeaks founder Julian Assange.

The federal grand jury in the District of Columbia indicted Stone on seven counts, including one count of obstruction of an official proceeding, five counts of false statements, and one count of witness tampering.