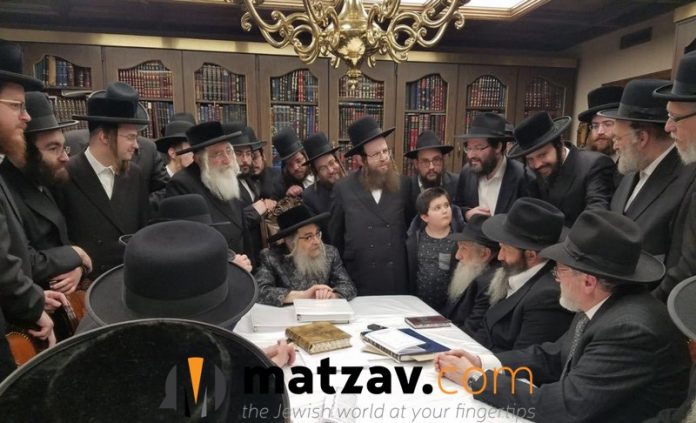 Two girls in Lakewood, New Jersey, who were unfortunately out of school have now been placed thanks to the influence of Reb Shalom Mordechai Rubashkin.

A group of school administrators and principals had gathered to discuss the plight of these two girls. It was decided to hold a goral (draw lots) to determine which school would take in these girls. The attendees agreed to participate in the goral so long as all the other schools would participate as well.

It was at that moment that one of the representatives of a school received a phone call. The caller was none other than Reb Shalom Mordechai Rubashkin. Somehow, he had been informed of the proceedings and was asked to call.

Reb Shalom Mordechai Rubashkin, with his usual positivity, kindly asked the school administrator to take in one of the girls, stating that he would be willing to exchange any zechusim or s’char that he acquired through his yissurim and nisyonos over the past eight years during his imprisonment for the s’char of one Yiddishe girl being excepted into a Yiddishe school.

Subsequently, the rest of the schools agreed to participate in a goral to determine placement of the second girl.

Thus, within a few days of his release, Reb Shalom Mordechai’s shining example and his inspiration as an individual who lives with Hashem and by Hashem every moment pulled at the heartstrings of a school administrator to take a bas Yisroel into his institution.

Interestingly, a source close to the story told us that for many years, the wife of this school representative had been davening every day, during the bracha of Matir Assurim, for Reb Shalom Mordechai’s release.