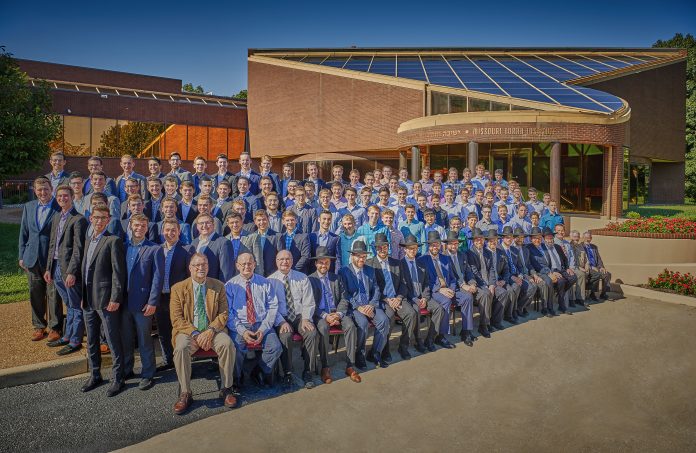 With great pride and awe, Missouri Torah Institute will be celebrating its 10th incredible year of excellence in education on Sunday June 11, at the Hilton St. Louis Frontenac.  Over the last decade, MTI has enhanced Torah in America by creating a distinctive model for chinuch that appeals to students nationwide.  Fostering a love for Torah and yiddishkeit while offering academic excellence in both limudei kodesh and chol, its talmidim are poised for a life of Torah and success—while truly enjoying their yeshiva experience.
See a virtual tour of our campus by clicking HERE.

This year’s dinner will focus on the history of MTI’s ten remarkable years, and pay tribute to the TICK (Tpheris Israel Chevra Kadisha) Chesterfield Community, under the leadership of Rabbi Aaron Winter. TICK was MTI’s founding home for its first eight years, and MTI will forever be indebted to them and the efforts of the Chesterfield Jewish community for their constant outpouring of warmth and support. Members of this community opened their homes and hearts to MTI talmidim and often to out-of- state parents, with the most gracious hospitality. The people of Chesterfield have exemplified “mi ke’amcha yisroel” in their selflessness and care. The yeshiva is honored to call Chesterfield their home and to have been fortunate beneficiaries of this monumental kindness.
Rabbi Aaron Kotler, CEO of Beth Medrash Govoha, will be awarded the Hachzakas Hatorah Award, as one of the greatest Torah builders of our time. In addition to taking great care of his own yeshiva, Rabbi Kotler is known for sharing his broad understanding and expertise of yeshiva operations with other mosdos nationwide.  His vision combined with his business acumen played a major role in Missouri Torah Institute’s legendary campus acquisition in 2015. Rabbi Kotler has given generously of his time to advocate, consult, and advise on the growth and success of MTI. His level of investment and interest in the yeshiva and the St. Louis community at large has been a source of inspiration to the Roshei Yeshiva and its supporters.
The dinner will feature a Memorial Tribute to Mr. & Mrs. Max and Rose Wasser, A”H. A legendary couple, their love of Hashem, the Jewish people and of ahavas chessed, led to their unique devotion to tzarchei tzibbur – the needs of our people. Chessed was their life, and ahavas chessed – loving and giving, was their focus and priority. They were particularly proud of their grandchildren- Rabbi Shmuel Wasser and his Rebbetzin, and their accomplishments at MTI. With Rabbi Wasser, one of the founding Roshei Yeshiva of MTI, the legacy of Mr. and Mrs. Wasser A”H continues to live on – as the Yeshiva instills a love of chessed and a sense of communal responsibility in its talmidim.

The dinner will be a time to celebrate MTI’s decade of accomplishments, and also to prepare for the great responsibilities that lie ahead, in building the futures of its talmidim.

Join MTI in making this event a huge success! Call 636.778.1896 or visit www.missouritorah.org/decade to share your support, and place an ad in their journal TODAY.