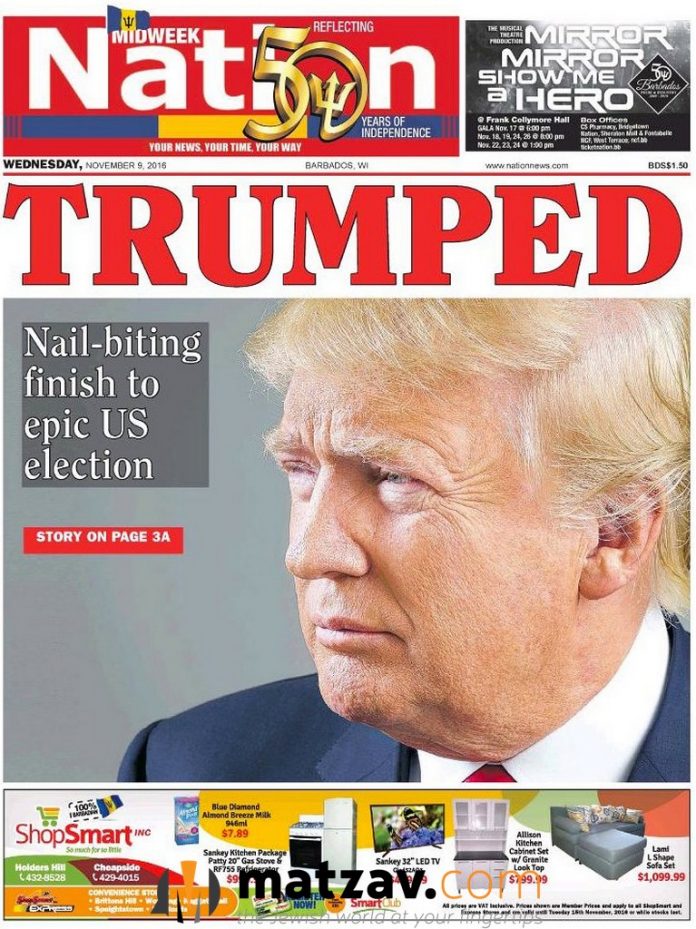 Donald Trump regaled a crowd in Florida with tales of his election win on Friday night, mocking the media for being in a “state of panic” over the shocking outcome. “Now they’re getting nervous on television, and you see these anchors, they’re like sweating and crying and throwing up all over the place,” he said.

Trump specifically called out CNN anchor John King, saying the reporter began to visibly shake while updating the election night map with Trump’s victories. At one point he described the journalist as “choking like a dog,” almost certainly becoming the first soon-to-be leader of the free world to so gleefully mock the press. The president-elect even went on to impersonate a news anchor, dropping his voice to say, “’We have bad news, ladies and gentlemen, Donald Trump …,’” before breaking off to narrate a reporter’s distress at his win, saying “the guy’s getting sick, he’s ready to throw up all over.” Read more at THE HILL.