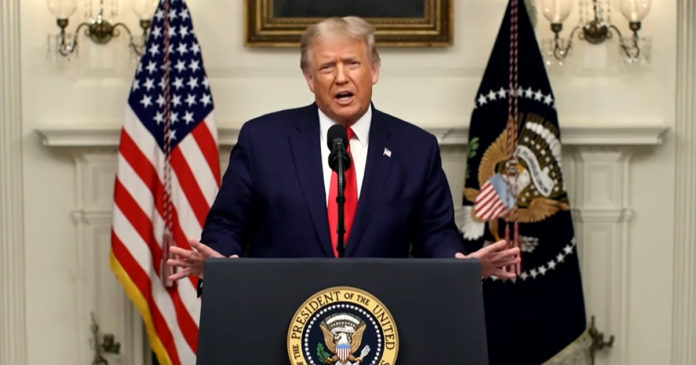 President Donald Trump denied a report that he paid $750 in federal income taxes in 2016 and 2017, and repeated his stance to only share his tax returns after an audit is finished.

“First of all, I’ve paid a lot and I’ve paid a lot of state income taxes too,” Trump said during a news conference on Sunday after The New York Times released a detailed report saying the president had paid no income tax in 10 of the 15 years before he was elected.

“The story is a total fake,” he said.

Trump was responding to a Times report published Sunday that he paid $750 in federal income taxes the year he ran for president and in his first year in the White House.