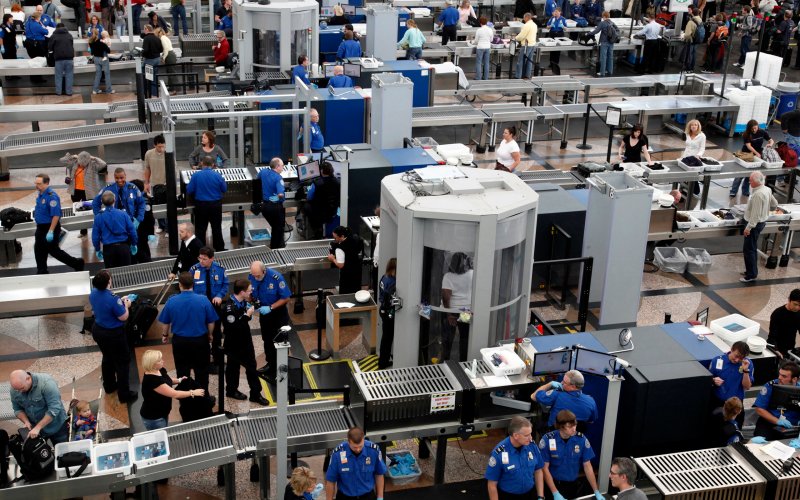 Despite a few videos of long lines and some passenger complaints, the Transportation Security Administration said Tuesday that most of the lines at its airport checkpoints flowed smoothly as the traditional summer season began over Memorial Day weekend.

The average wait over the four-day weekend that began Thursday was less than 10 minutes in regular TSA security lines, the agency said, as 10.3 million passengers passed through the nation’s airports. The longest regular line came at Kansas City, Mo., on Thursday, when it took passengers 75 minutes to pass through security screening.

“The majority of passengers who traveled over the Memorial Day holiday waited in line less than 30 minutes,” said TSA spokesman David Castelveter.

Though one line at Chicago’s O’Hare International took more than an hour, the TSA said the average waiting time at the nation’s seven largest airports was less than 10 minutes.

The TSA has come under unrelenting pressure from Congress, airlines and passengers at the outset of a summer when a near-record number of passengers say they plan to fly. The 740 million passengers expected to fly this year is a 97 million increase over the number who flew three years ago. Passenger volume over the long weekend was up 3.3 percent over last Memorial Day weekend, the TSA said.

The TSA said 768 newly trained agents are expected to join the lines this month. If Congress follows through on a request to shuffle $28 million in TSA funds, 2,784 part-time workers can be shifted to full-time status. Elevating those workers to full time will enable TSA to screen about 82,000 more passengers each day, according to Secretary of Homeland Security Jeh Johnson.

Until those additional officers come on line, however, TSA Administrator Peter V. Neffenger has been scrambling to redirect resources to the airports facing the biggest backups. He also has enlisted the help of airport and airline workers to handle some non-security-related tasks normally done by TSA workers.

In Chicago, for example, he added eight bomb-sniffing dog teams and 58 officers and converted 160 agents from part to full time at O’Hare International Airport.

The big jump in anticipated passenger load, combined with TSA staffing shortages and procedural changes implemented by Neffenger, resulted in some passengers waiting for hours to clear screening in April and May.

United Airlines said it delayed 37 flights from O’Hare in a single day. American Airlines said that this year, security delays have caused 70,000 passengers and 40,000 checked bags to miss their flights.

The data released Tuesday has been closely held by the TSA. Last month, Neffenger told a House committee that he received reports on airport wait times several times each day. But the TSA declined to release that information, leaving passengers to rely on a TSA-sponsored app that provides data entered by fellow passengers.