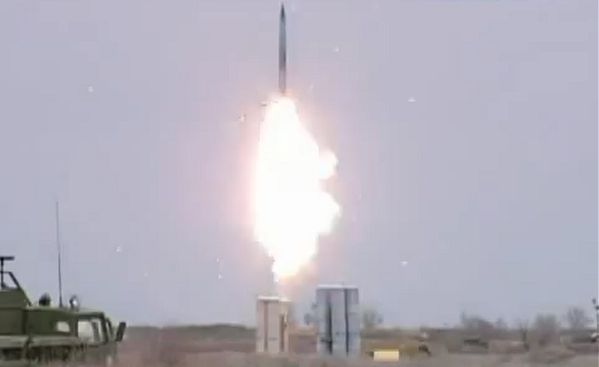 >>Follow Matzav On Whatsapp!<<
Russia confirmed Friday that it received advanced warning from the U.S. about its strike on Syria, in which the United States launched 59 Tomahawk cruise missiles in the first American assault on President Bashar al-Assad’s regime. Moscow condemned the strike and gave notice that Russia is pulling out of all agreements to minimize risk of in-flight incidents between Russian and U.S. aircraft operating over the country, which is now in its seventh year of civil war.

Russia’s foreign ministry said the strike broke international law and has called for a UN Security Council meeting to discuss the alleged violation. “President Putin considers the American strikes against Syria an aggression against a sovereign government in violations of the norms of international law, and under a far-fetched pretext,” Kremlin spokesman Dmitry Peskov told reporters Friday. “This step by Washington is causing significant damage to Russian-American relations, which are already in a deplorable state.” Meanwhile, eyewitnesses have said that Syrians were prepared for the 35-minute strike and, in advance, evacuated personnel and moved equipment out of the area. Syrian officials said early Friday that nine civilians died in the raid, including four children. A spokesman for the Pentagon, Capt. Jeff Davis, issued a statement claiming that “U.S. military planners took precautions to minimize risk to Russian or Syrian personnel located at the airfield.” Both of the airport’s major runways and many of its fortified bunkers were struck by the missiles. Read more at THE WASHINGTON POST.