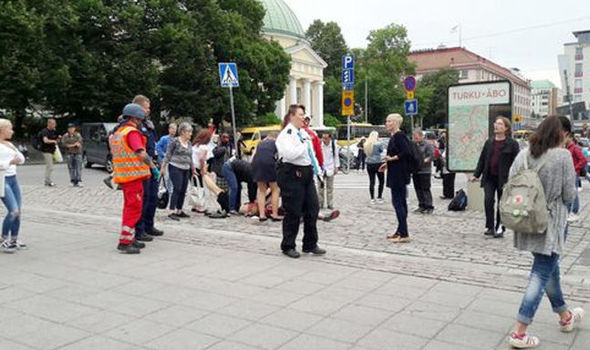 At least two people were injured and eight others were wounded during a mass stabbing assault in Finland on Friday, Fox News reported.

The suspected attacker, who was not immediately identified, was shot in the leg and was in police custody. The assault occurred in the Puutori-Market Square area. One of those stabbed was pushing a stroller.

Authorities had not labeled the incident in Finland as terrorism and were set to hold a news conference later on Friday.

“The government is closely following the events in Turku and the ongoing police operation. The government will meet later today,” Prime Minister Juha Sipila wrote on Twitter. Read more at Fox News.