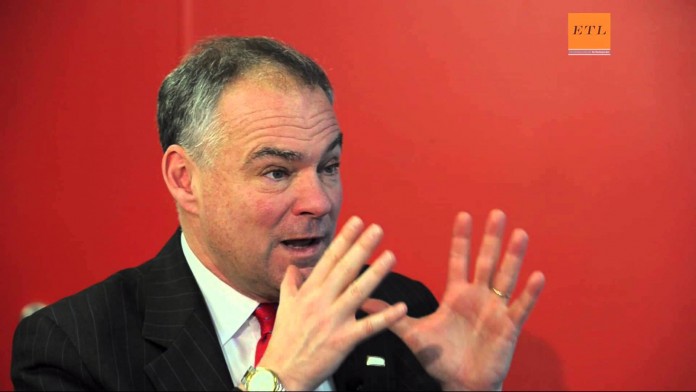 This year’s fight to become vice president included talk in both parties about the age, gender, height, weight and marital history of various contenders. On the Democratic side, it also focused for he first time on whether certain potential running mates could speak Spanish.

That linguistic mastery factored in at all is a testament to the growing clout of the Latino electorate. But the idea that Castro and Perez would have struggled to woo Latino voters because they don’t speak Spanish as confidently as Kaine – advanced primarily by non-Hispanic news organizations and political consultants – reflects a deep misunderstanding of a fast-growing voting bloc.

Such talk “drives me nuts,” said Chuck Rocha, Democratic political consultant who was a senior adviser to the presidential campaign of Sen. Bernie Sanders, Vt.

A self-described “third generation Texas Mexican,” Rocha said that Clinton’s decision to pass over Castro and Perez stung because, “I was looking for a VP choice that showed my son that one day he could be president – not that he needs to work on his Spanish.”

He added, “Remember, we are talking about Latino voters – not the general population, and the vast majority of Latino voters do not speak Spanish as a first language.”

Castro, a Mexican American, and Perez, a Dominican American, grew up in pockets of the country where Spanish isn’t necessary necessarily the norm. Kaine, born in Minnesota and a Virginia politician, learned Spanish while serving as a missionary in Central America.

To be sure, Kaine won the veep slot for non-linguistic reasons. Amid a wave of terror attacks at home and abroad, Clinton deemed national security and foreign affairs experience critical. Those are big professional blind spots for Castro and Perez, while Kaine’s Senate term has included time on the armed services and foreign relations committees. His term as Virginia governor also gives him significant executive experience.

Introduced by Clinton to a predominantly Hispanic crowd in Miami on Saturday, Kaine beamed as he delivered several dutiful lines in “Spanglish.”

He said that he and Clinton would be “Companeros de alma in this great lucha ahead” – soulmates in this great fight ahead. While serving as a missionary in Honduras, he said he “aprendí los valores, de mi pueblo: fe, familia y trabajo. Los mismos valores de la comunidad latina aquí,” – learned the values of my town: faith, family and work. The same values of the Latino community here.

But nearly seven in 10 Latinos said that a candidate’s Spanish fluency won’t influence their vote, according to a poll conducted last year for the Spanish-language network Univision. Barely a quarter said it will.

An overwhelming majority of Latinos – 95 percent – believe it’s important for future generations to speak Spanish, but seven in 10 Latino adults don’t believe it’s necessary to speak the language to be considered Latino, according to a study released in February by the nonpartisan Pew Research Center.

For younger Hispanics – like this reporter – speaking Spanish is not a litmus test for “Latinidad,” or Latin identity. Being Hispanic is increasingly about growing up in certain kinds of communities, understanding what it’s like to have one or two immigrant parents and roots in more than one country. Many Latinos call the struggle “nideaquinidealla” – a term that strings together several words to mean, “not from here, nor from there.”

Castro, 41, grew up in San Antonio as a multi-generational Mexican-American, a sub-group that is less likely to speak Spanish at home given its deeper roots in the United States. On the stump, Castro might quickly speak a few words in Spanish, but he doesn’t sit for Spanish-only interviews.

Given his higher profile, Castro’s language skills came under intense scrutiny over the course of the vice presidential guessing game. In a Politico profile published last year, a Democratic operative claimed anonymously that “Tim Kaine speaks Spanish much better than Julián Castro does.” The New York Post gossip pages claimed in May that Castro and his twin brother, Rep. Joaquin Castro, D-Texas, were “cramming with Rosetta Stone” – a charge they angrily denied.

Freddy Balsera, a Miami-based political consultant who crafted Spanish-language advertising for Obama’s 2008 campaign, said that focusing on a candidate’s language skills matters less to him because any use of the language is “part pandering.”

“Gaining our support isn’t as shallow as saying ‘hola,’ playing some maracas and passing out tacos,” he said. “That is precisely why Hispanic political prominence has become so meaningful. We are making candidates work for our vote.”

“It would have a great source of pride to have a Hispanic on the ticket, but it is not just about that,” he added, recalling that Republicans had a chance to nominate Sens. Ted Cruz, R-Texas, and Marco Rubio, R-Fla., who both speak Spanish, or former Florida Gov. Jeb Bush, who learned to speak Spanish fluently from his Mexican-American wife.

“I am positive that they would have had serious difficulties with Hispanic voters despite their heritage,” Balsera said.

That’s a reference to the GOP’s opposition to comprehensive immigration reform and increasingly absolutist stance on constructing a Mexican border wall. The party also nominated Donald Trump despite his attacks and mockery of Latino government officials and Mexican immigrants.

Ana Navarro, a Nicaraguan-born former adviser to Bush and Sen. John McCain, R-Ariz., tweeted on Friday that Clinton had chosen Kaine, a “Spanish-speaking do-gooder who was a missionary in Honduras.” Trump’s Hispanic outreach, she tweeted, included the support of Joe Arpaio – an ardently anti-immigrant Arizona sheriff – and “a taco bowl,” referring to a controversial tweet Trump sent on Cinco de Mayo.

“Make no mistake about it,” Navarro tweeted on Saturday, “@timkaine will be a hell of a good surrogate for @HillaryClinton w/Hispanics. He gets it.”

In 2013, Kaine, 58, became the first U.S. senator to deliver a Senate floor speech entirely in Spanish to voice full support for a comprehensive immigration reform bill.

“As somebody who lived in Latin America and has a real passion and attachment to the immigrant story – Latinos y otros, porque hay un gran numero de Asiáticos y otros en Virginia [Latinos and others, because there’s a big number of Asians and others in Virginia] – it’s something I had been looking forward to doing,” Kaine told The Washington Post after the speech.

He joked in the interview that despite his strong Spanish diction, “I’m definitely a gringo.”