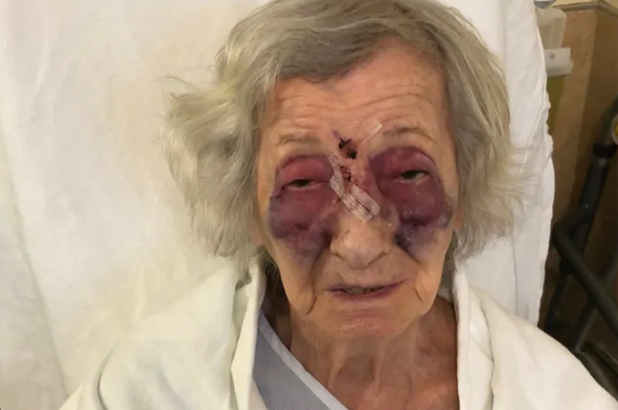 An elderly Holocaust survivor was badly beaten last November in the back of a public transport vehicle, according to a report.

Montreal resident Hanka Fogelman, 92, called for a cab operated by Société de transport de Montréal (STM), a transit service provided by the city for individuals with physical and mental disabilities.  The driver immediately warned Fogelman about a male passenger, saying he was “aggressive” and could be dangerous, according to CBC.

Moments later the man began an unprovoked assault on Fogelman, leaving her with terrible bruising and emotional damage. According to police officials, the assailant has an intellectual disability and won’t be charged with a crime.