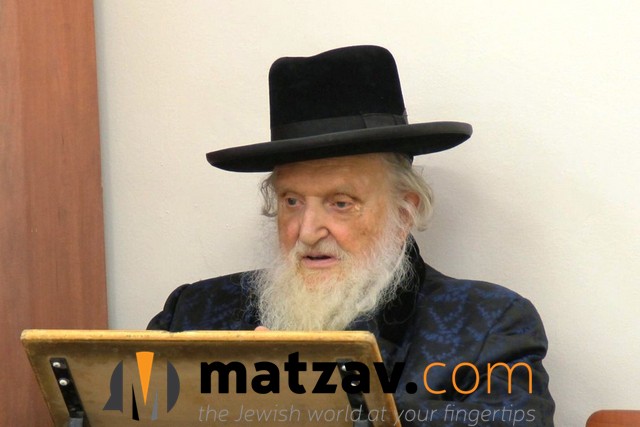 Rav Moshe Shternbuch, Raavad of Yerushalayim, during a shiur yesterday at his yeshiva in Ramot, commented on the phenomenon of some roshei yeshiva, who, due to humility, do not wear frocks, but rather short jackets.

Rav Shternbuch expressed his feeling that it would be appropriate for all roshei yeshiva and even ramim – rabbeim who teach in a mesivta, or a yeshiva ketana, as high school-age yeshivos are known in Eretz Yisroel – to wear frocks.

“Hakadosh Boruch Hu was very particular that the clothing of kohanim be for kavod and tiferes, ‘honor and glory, so that the kohein will not forget for a moment that he is serving Hakadosh Boruch Hu, and to induce fear amongst all of Klal Yisroel in the Bais Hamikdosh when they see the great honor and glory with which the kohanim are dressed,” he said.

Similarly, said Rav Shternbuch, “marbitzei Torah and ramim who teach Torah in yeshivos should wear special clothing (i.e., frocks) so that they will be accorded respect and to remind [the talmidim] that they are not laymen. There is therefore also a requirement for them to act in an extra dignified manner, as bnei Torah, so that the talmidim will look up to them and respect them properly.”