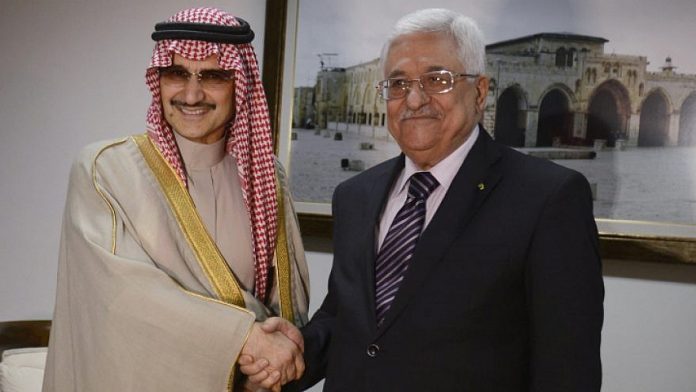 According to a report on the website Alkhaleej Online, a member of Fatah’s central committee revealed on April 20 that heavy Arab pressure was being applied to the Palestinian Authority leadership with regard to US President Donald Trump’s Mideast peace plan—the so-called “deal of the century”—that the White House is expected to unveil in June. According to the report, the official stated that Saudi Arabia was leading the campaign.

The source was quoted as saying: “There are Arab countries, chief among them Saudi Arabia, the United Arab Emirates and Egypt, that express great interest in the American deal, and are employing every available means, including political and financial pressure, to assure that the Palestinians accept the plan, despite the risks it involves for the Palestinian cause.”

The source added that the position of the Arab countries on the deal cast a disappointing light on all their previous support for the Palestinian cause. He emphasized that the PA leadership would never give in to pressure, whether from the Arab states, the United States or Israel.

It should be noted that the Alkhaleej Online, which is under Qatari ownership, is hostile to Saudi Arabia in light of the tensions between Doha and Riyadh.