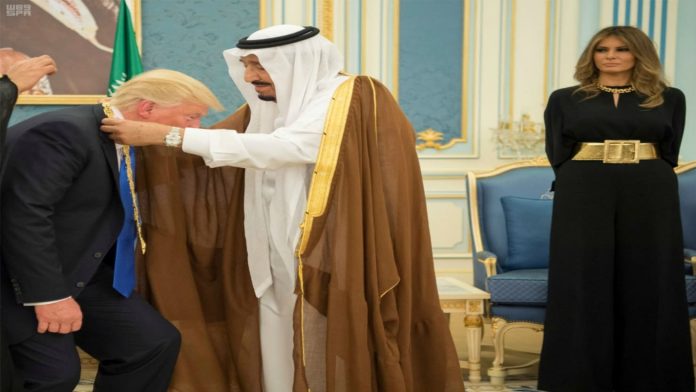 Saudi King Salman on Saturday presented U.S. President Donald Trump with the kingdom’s highest civilian honor, the Collar of Abdulaziz Al Saud. Photos showed the Saudi king placing the collar around Trump’s neck at a ceremony at the Royal Court in Riyadh. Trump received the honor for “his quest to enhance security and stability in the region and around the world,” the king said.

The move comes after Trump received an elaborate welcome upon his arrival in Riyadh, with trumpets played and soldiers standing at attention as he approached the Royal Court. The president’s visit to Riyadh is his first stop on a nine-day tour that will see him Saudi Arabia, Israel, Italy, the Vatican, and Belgium. It’s also his first foreign trip as president. Read more.